Russian peacekeepers held an interactive lesson for children in Karabakh 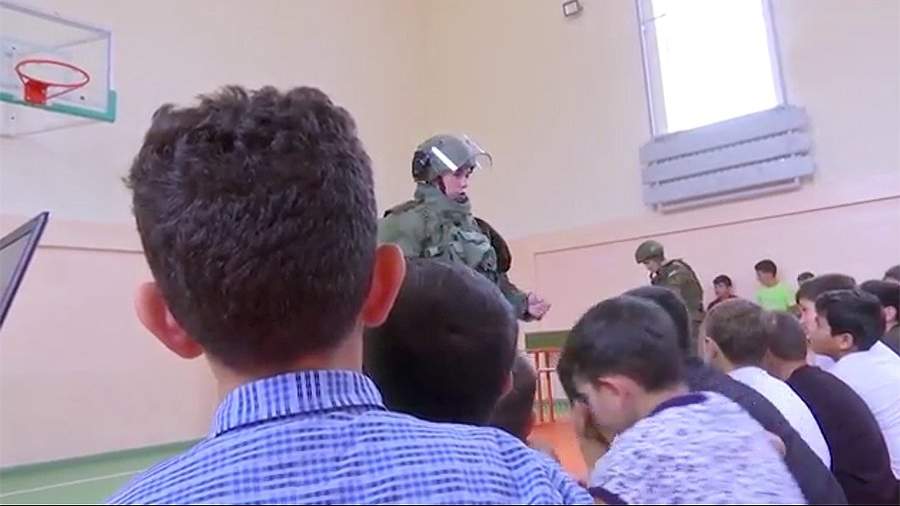 Russian peacekeepers conducted an interactive lesson on compliance with safety measures during the holidays for children in the Martuni region of Nagorno-Karabakh, the Russian Defense Ministry reported on Saturday, June 19.

In particular, the servicemen spoke about the dangers of being in areas where hostilities were taking place. Also, the schoolchildren were reminded of the methods of providing first aid.

“This is already the fourth lesson for me, in all lessons the children listen to me attentively. I would like to inform them about the methods of first aid, because it will be useful in life and in everyday life, ”said officer Chermen Dzutsev.

The Russian peacekeepers also showed the children images of the main types of explosive objects and explained in practice the rules for providing first aid.

Earlier, on June 2, it was reported that the military of the Russian peacekeeping contingent was engaged in providing psychological and humanitarian assistance to the population of Nagorno-Karabakh at reception centers and by calling the hotline. In addition, the reception point for citizens collects information that helps to search for missing servicemen, assists in employment and deals with other issues of a problematic nature.

In early May, Acting Prime Minister of Armenia Nikol Pashinyan stated that the presence of Russian peacekeepers in Nagorno-Karabakh is a solid guarantee of security. He also stressed the role of Russian President Vladimir Putin in achieving peace in the region.

The conflict in Nagorno-Karabakh ended on November 10, 2020 after the signing of a trilateral agreement on the cessation of hostilities in Nagorno-Karabakh. The document also provided for the introduction of Russian peacekeepers into the region, the exchange of prisoners between the parties to the conflict, the transfer of a number of regions of the region by Armenia to Azerbaijan and the return of refugees to Karabakh.