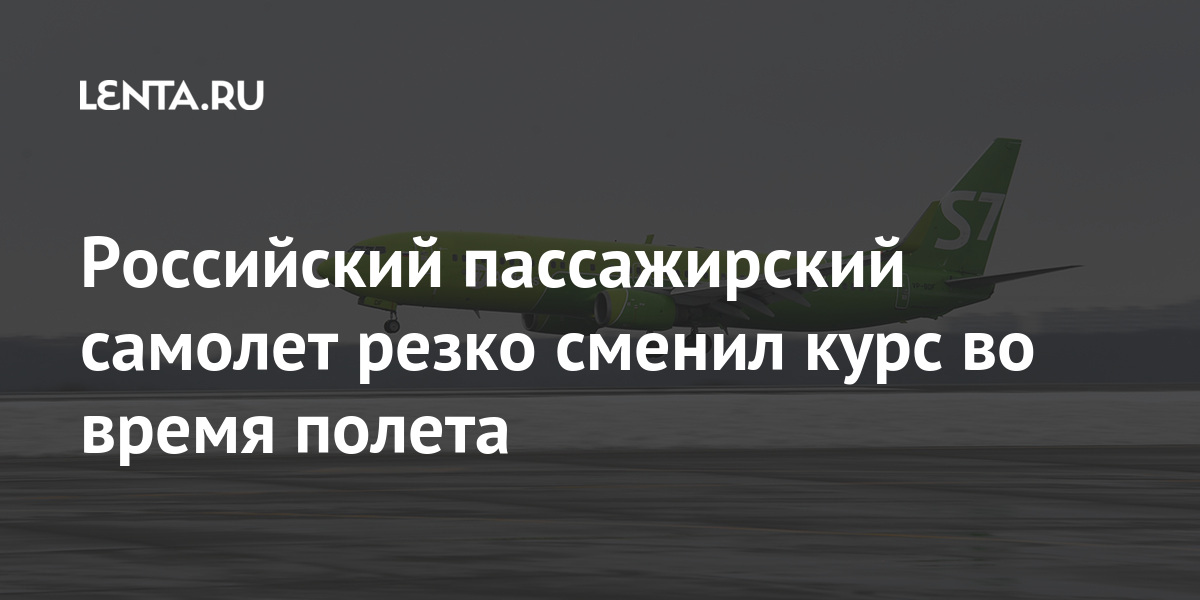 The passenger plane of the Russian airline S7 abruptly changed course during the flight due to engine problems. About it TASS an emergency source said.

The incident occurred on the morning of Tuesday, March 16, with an aircraft en route from Novosibirsk to Irkutsk. It is known that the liner with 154 passengers and six crew members returned to the airport of departure almost immediately after takeoff.

The travelers were sent to their destination on a backup plane, and the flight arrived as scheduled. The press service of the Irkutsk aviation harbor confirmed information about technical problems and the replacement of the aircraft.

According to the information of the West Siberian Transport Prosecutor’s Office, as a result of the incident, there are no casualties, and the implementation of the legislation on flight safety is being checked.

On February 15, it was reported that a passenger plane of the Russian airline UTair urgently interrupted the flight and returned to Moscow at the airport of departure. The liner, according to the schedule, was supposed to take off at 10:50, but actually took off at 11:30. After 40 minutes of flight, the crew reported that the plane could not climb to an altitude of more than three kilometers, as depressurization began.

Volleyball What miracle is happening in Korso? Normally, Vantaa Ducks players would already be on holiday at this point in the spring

“The Gipuzkoan quarry is better than the Biscayan one”