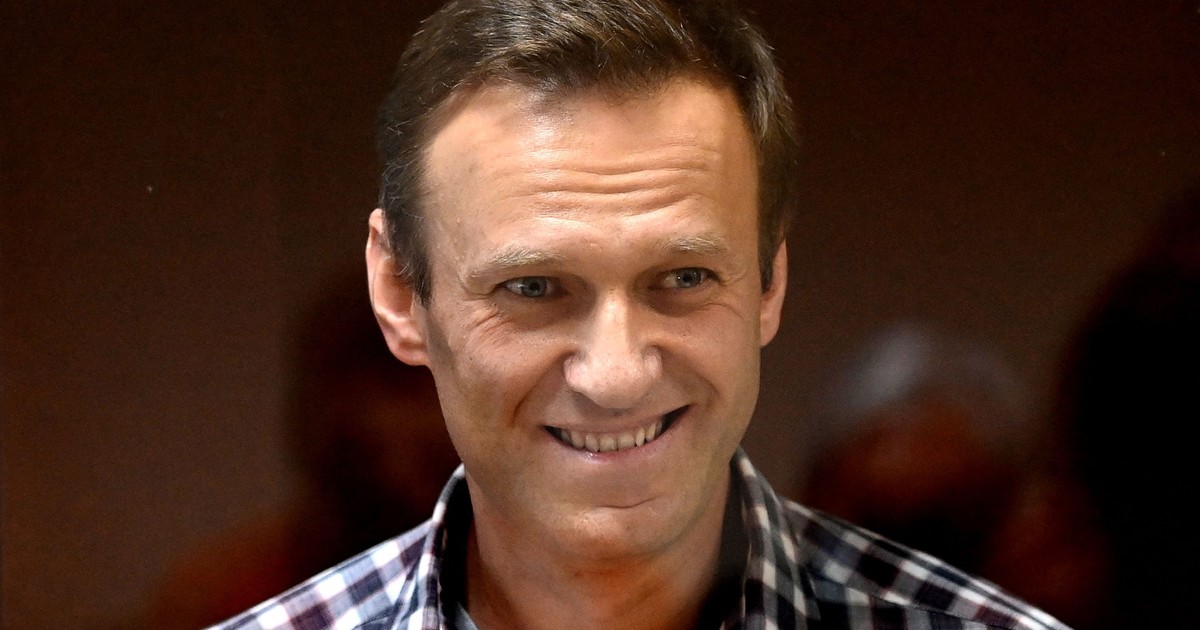 The Russian prison services announced on Monday that it was decided to transfer the imprisoned Russian opposition leader Alexei Navalny, on hunger strike for about three weeks, to a hospital in another prison.

“A commission of doctors decided to transfer A. Navalny to a hospital unit for convicts located on the territory of prison colony No. 3,” the Vladimir region prison service said in a statement.

“Navalny’s health status is currently considered satisfactory. He is examined daily by a medical therapist,” he added.

Navalny during a hearing in Moscow. Photo: AFP

According to the same source, “with the consent of the patient, a vitamin therapy was prescribed.”

The version of his relatives

The state of health of Navalny, which according to relatives runs the risk of serious problems cardiac and renal that can cause death, it raises greater concern because it survived less than a year ago to a poisoning by a neurotoxic substance.

Navalny stopped feeding on March 31 in protest of the bad conditions of detention and accused the prison administration of preventing access to a doctor and medicines despite suffering a double herniated disc, according to his lawyers.

Their doctors assured Sunday that they they prevented visiting him.

According to Navalny, he was also threatened with force-feeding, an option that the Russian authorities have if they refuse to feed from a prisoner.

The European Union (EU) declared itself “deeply concerned” about Navalny’s health, and the bloc’s foreign ministers began a meeting by videoconference on Monday to analyze the opponent’s case.

The United States warned that there would be “consequences” for Russia if Navalny died in prison during his hunger strike.

The opponent returned to the country in January after five months of convalescence in Germany as a result of a poisoning of which he accuses the Kremlin, although without proof.

The Russian government rejects the accusations.

Navalny was arrested upon returning to Russia and sentenced to two and a half years jail time for an old fraud case, which the opponent denounces as politically motivated.

Where do they transfer it to?

Navalny will be transferred to the hospital ward of the penal colony IK-3 of the Russian Federal Prison Service (FSIN) in the Vladimir region, which specializes in medical observation of detainees.

The facility is known as “the regional hospital for inmates.”

“The transfer to the IK-3 penal colony is a transfer to the same torture colonyOnly with a large hospital, where the seriously ill are transferred. And this should be understood as the fact that the state of Navalny has deteriorated so much that even the Torture Colony admits it, “Ivan Zhdanov, director of the Anti-Corruption Fund, said on Twitter.

“It is quite clear that we are now being given a kind of ‘good news’ about Alexei’s condition before the protest. Don’t be fooled: we can only get the true information from the lawyers,” he added.

Navalny’s supporters will hold a street protest across Russia next Wednesday to demand his freedom and health. The demonstrations will coincide with President Vladimir Putin’s traditional annual address to the country.