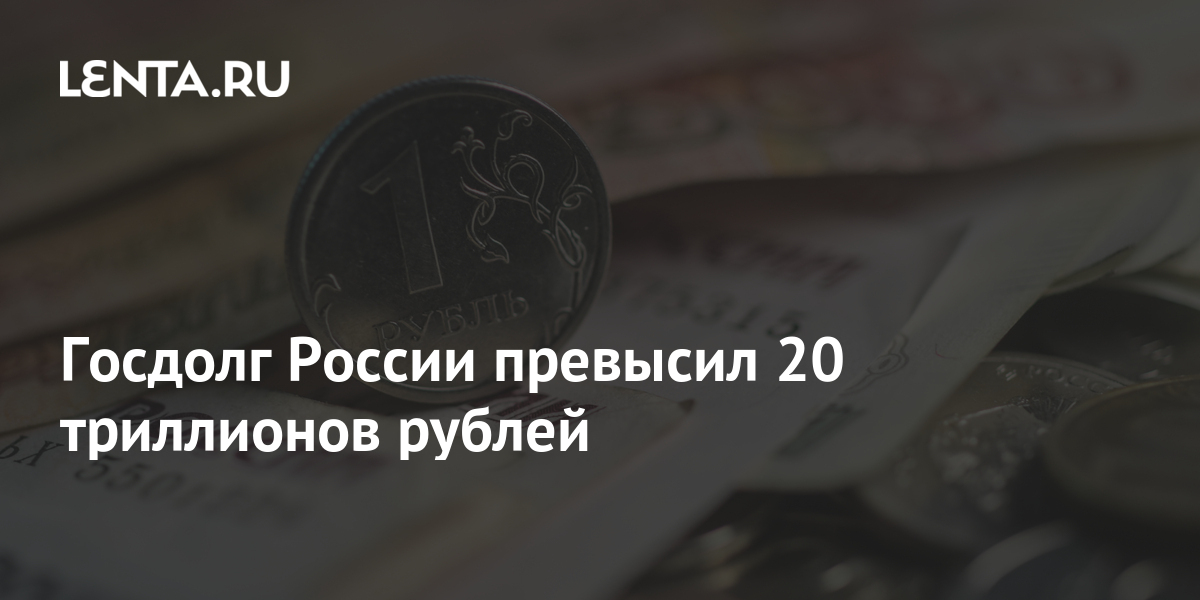 The state debt of Russia in the first half of 2021 exceeded 20 trillion rubles. This is stated in the report of the Accounts Chamber, published on her website.

Russia can lead the global energy revolution. What’s stopping her?

The expenditures of the Russian budget for servicing the state debt for the specified period amounted to 506 billion rubles. At the same time, 434.5 billion of them fell on domestic debt.

Russia’s external debt level remains low both in absolute terms and in comparison with other major economies. According to the strategist of debt markets at ITI Capital Sergei Voloboev, the level of total external debt of less than 30 percent of GDP is the best indicator for countries with the same credit ratings.

Irina Andrusa, head of the International Finance program at the RUDN University Institute of World Economy and Business, noted that Russia’s sovereign debt is $ 62.6 billion. She stressed that this is the lowest indicator of sovereign debt in Europe. And since the beginning of the year, it has decreased by almost three billion dollars. According to the expert, with regard to the ratio of Russia’s national debt to GDP, it does not exceed threshold values. In addition, this figure is one of the lowest in the world.

In July, the international insurance company Euler Hermes analyzed the state of the government debt of 101 countries in Eastern Europe, Asia, Africa and South America and praised Russia for the sustainability of government obligations. The study examined such criteria as the ratio of debt to GDP, its growth due to the coronavirus pandemic, the share of government debt denominated in foreign currency, the state of the balance of payments, the effective interest rate (adjusted for inflation), and the cost of debt service.

Earlier, the central bank said that the increase in external debt “was influenced by the growth of foreign debt of the banking system, while the external debt of the government and other sectors declined amid declining interest of global investors in financial instruments issued by emerging markets.”

On June 28, the Russian Ministry of Finance downgraded its forecasts of growth in government debt payments for the next two years. Service, as explained in the press service of the Ministry of Finance, will become more expensive for two reasons. First, the borrowing program was expanded in 2020. The originally envisaged indicators of domestic public debt were more than doubled due to the fall in budget revenues during the pandemic. The total volume of placements reached almost 5.3 trillion rubles, with 60 percent of the funds raised in the fall.

The second reason is related to the monetary policy of the Central Bank. A significant part of the government’s liabilities is tied to the value of money in the economy, and the Central Bank, in response to increased inflation, was forced to raise the rate. Since the third quarter, money has risen in price four times, the last time in June, the rate was raised to 5.5 percent.

Test for Covid-19: Amazon kicks off online sales in the US

Green Pass, even Fontana says yes: “It should be extended, it makes us freer”