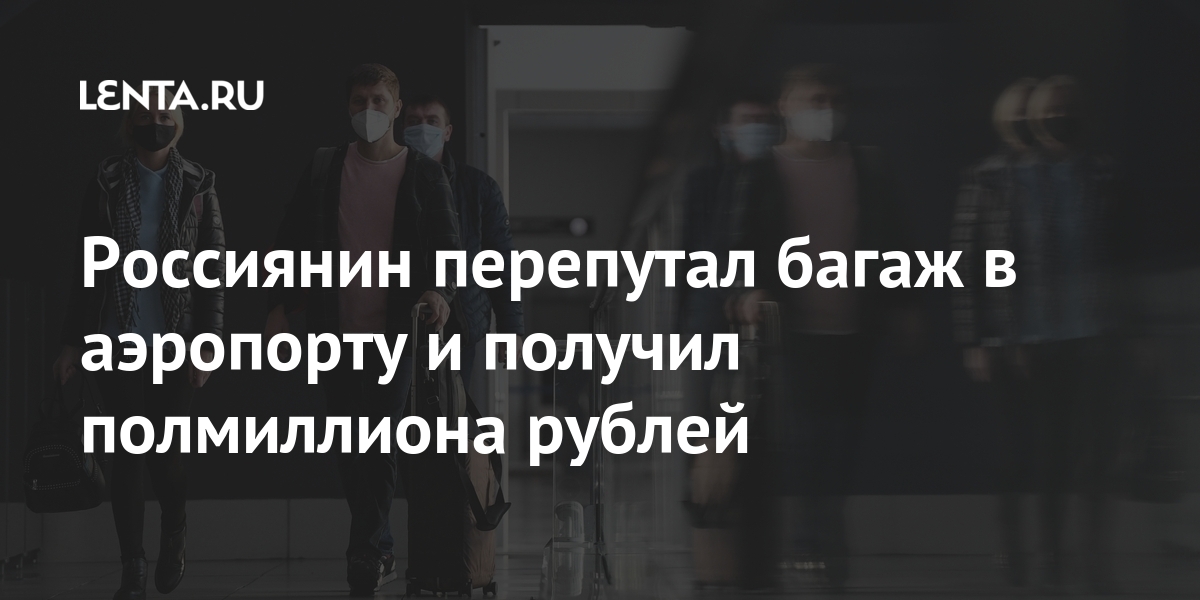 The passenger accidentally confused luggage at the airport, took someone else’s bag with things and found half a million rubles there. This is reported by URA.RU with reference to a statement by the press service of the transport department of the Ministry of Internal Affairs for the Ural Federal District.

At the St. Petersburg airport, the Russian received someone else’s bag and flew with it to Yekaterinburg. The man who later discovered the “substitution” immediately turned to the police with a statement about the loss of 500 thousand rubles, documents and personal belongings.

Upon arrival in the capital of the Urals, the Russian was detained by law enforcement agencies and sorted out the resulting misunderstanding. As noted by the employees of the Ministry of Internal Affairs, the man did not even understand his mistake – the bags looked exactly the same.

Earlier in April, an airplane passenger was billed $ 770 million for a single action – a man used an extended seat in front of the seat, which was not included in the basic fare. Later it turned out that the high price was caused by an error in the airline’s booking system.

The best players of the Premier League tour named

Calls to abide by the measures … A feast without infection