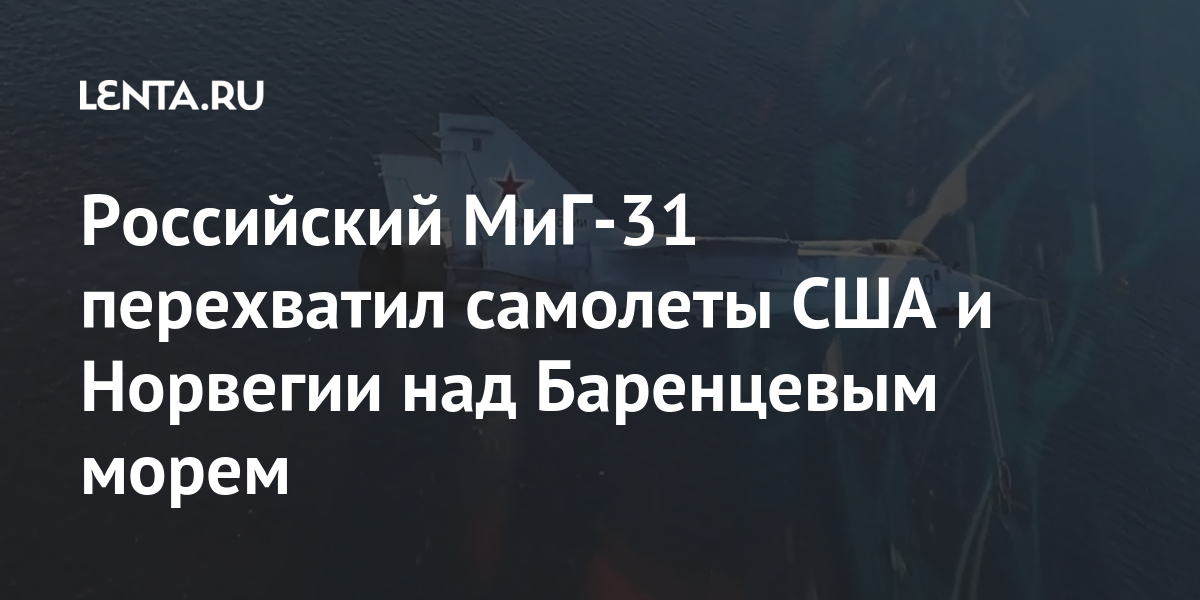 Russian fighter MiG-31 intercepted US and Norwegian patrol aircraft over the Barents Sea. It is reported by TASS with reference to the National Center for Defense Management of Russia.

It is reported that Russian radars detected two aerial targets over the Barents Sea, after which a MiG-31 fighter was raised into the air. “The crew of the Russian fighter identified the aerial targets as the US Navy’s R-8A Poseidon patrol aircraft and the Norion’s R-3C Orion patrol aircraft and escorted them over the Barents Sea,” the agency said in a statement.

When the foreign aircraft turned away from the Russian border, the MiG-31 returned safely to the home airfield. It is noted that the American and Norwegian aircraft did not cross the state borders of Russia, and the accompanying flight of the Russian fighter was carried out in accordance with international law.

In mid-April, it was reported that a US Air Force RC-135 reconnaissance aircraft approaching the country’s border was intercepted near Kamchatka. A video of the incident was later posted.

"Anne Will": A lot of noise, no strategy - and Lauterbach interferes himself from home: "Embarrassment"

Check the result of the EuroMillions draw today Tuesday, April 27, 2021