Russian meat will fall in price 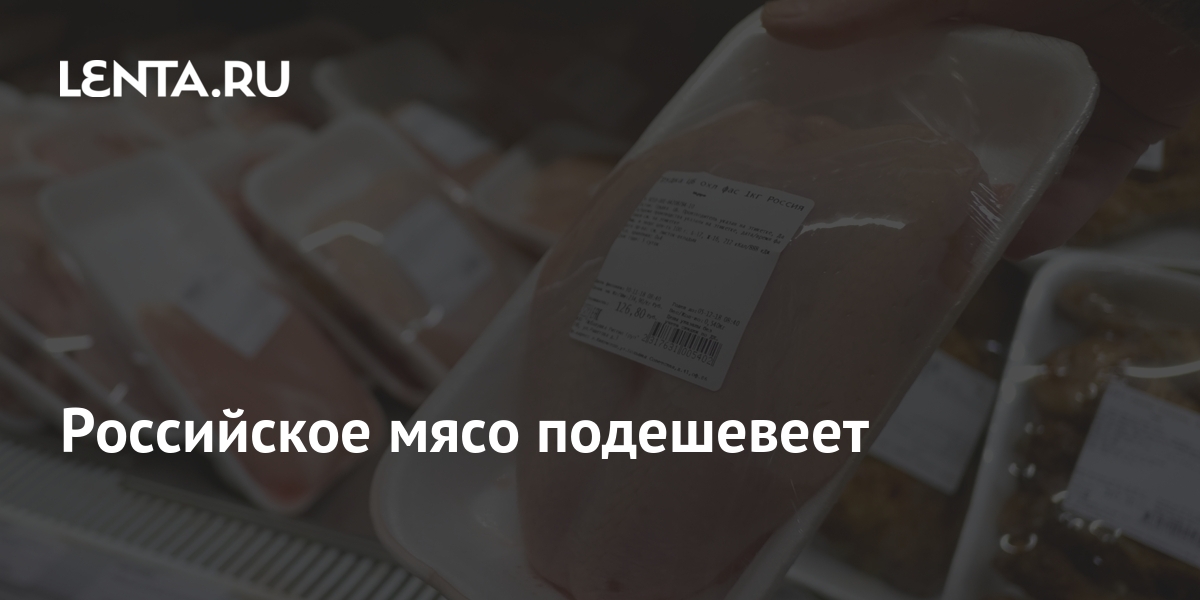 Prices for meat and poultry may drop. Head of the National Meat Association Sergei Yushin told RBC about this on air. TASS…

He explained that the country is now witnessing a very rapid recovery in the growth rate of meat production. “This will not only stabilize prices, but in the long term, even, I think, will lead to a decrease in prices,” he said.

Earlier it became known that food prices in the world fell in June for the first time in the last year, according to data from the Food and Agriculture Organization of the United Nations. At the same time, the general trend towards cheaper food prices, judging by consumer prices, has bypassed Russia. According to Rosstat, in June, food prices in the country rose by 0.69 percent on a monthly basis. Over the year, prices rose by 7.9 percent.

In May, the Russian Ministry of Industry and Trade ordered retail chains and manufacturers to explain the reasons for the rise in meat prices. In particular, the Lenta retail chain received a corresponding request not only from the Ministry of Industry and Trade, but also from the Federal Antimonopoly Service (FAS), which was also involved in the fight. Appeals also came to the National Meat Association (Cherkizovo, Miratorg and others). In recent meetings, retailers have been urged not to accept price increases from manufacturers.