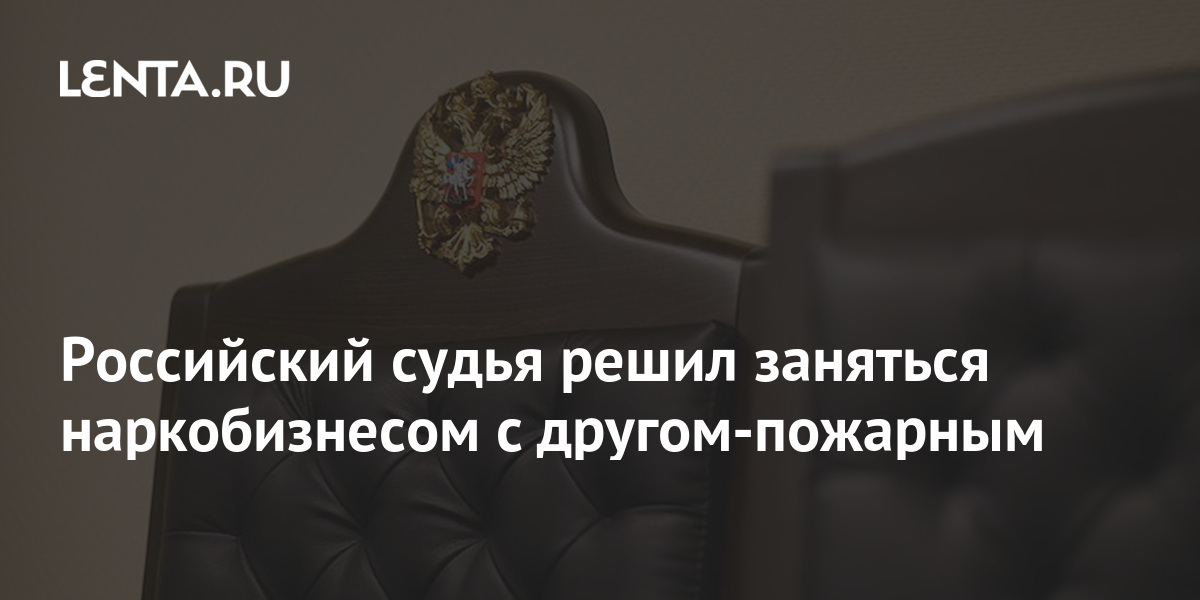 In Tatarstan, investigators opened a criminal case against the magistrate of the Novo-Savinovsky district of Kazan, who resigned after being caught with a consignment of drugs. About it informs press service of the republican department of the Investigative Committee of Russia (TFR).

He is charged with attempted sale of narcotic drugs on a large scale using his official position. Permission to bring a judge to criminal responsibility was given by the High Qualification Collegium of Judges (VKKS) of Russia on the proposal of the Chairman of the TFR Alexander Bastrykin.

The judge decided to get involved in drug trafficking together with his friend – an employee of the Ministry of Emergencies, who worked in the fire and rescue unit. Police officers from Naberezhnye Chelny learned about an upcoming transaction in the Zelenodolsk region to sell a large consignment of drugs and put the suspects under surveillance. They were supposed to be detained together with the buyers.

Two young Russians arrived in a foreign-made car to pick up the goods hidden in the forest belt near the village of Dubrovka. They were stopped at the entrance to Zelenodolsk. In the back seat of the car, during the examination, the investigators found 80 plastic bags with the substance. Content has been submitted for review.

Later it turned out that one of the suspects is a judge, and the other is an employee of the Ministry of Emergencies. He was arrested, and his accomplice in the robe was released, since the law does not allow a judge to be prosecuted without the consent of the VKKS.