Russian investor explained the slowdown in the mortgage boom 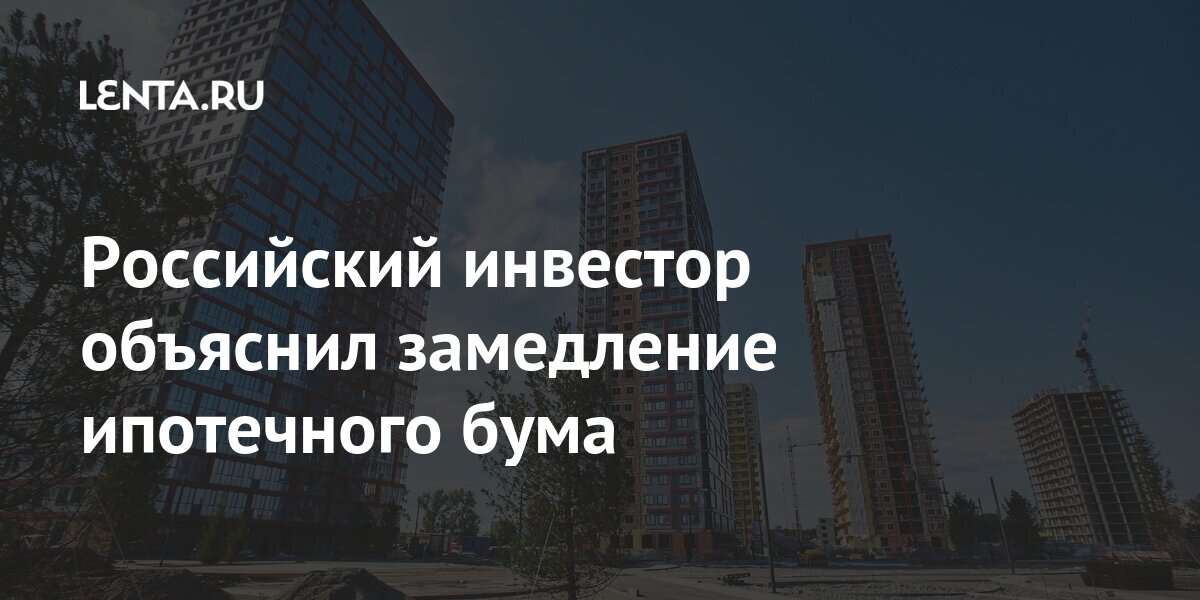 Investor, founder of Balance-Platforma Levan Nazarov explained the reduction in approved mortgage applications. This was reported by Invest-Foresight.

According to him, in February, banks approved only 63.8 percent of applications for housing loans against 69.1 percent in December 2020. The qualitative growth in the mortgage lending segment is gradually declining, as the market saturation phase occurs.

Thus, the mortgage boom will slow down and the approval rate will gradually fall. The economist explained that this is natural after the record results of last year, when mortgage loans were issued for more than four trillion rubles, and more than half of them under the concessional mortgage program at 6.5 percent.

The expert also noted that the number of high-quality, solvent customers began to decline at the end of 2019.

The preferential mortgage program at 6.5 percent per annum was launched in April 2020. Then it was possible to buy housing in a new building, and the maximum loan amount was limited: in Moscow and St. Petersburg it was eight million rubles, in other regions of Russia – three million rubles.

Warning: the sixties are in the range of "Corona"!

The tulip route, one of the most spectacular itineraries in the world

After the start of the vaccination: General practitioners are heavily criticized – “The worst day in my practice in 20 years”