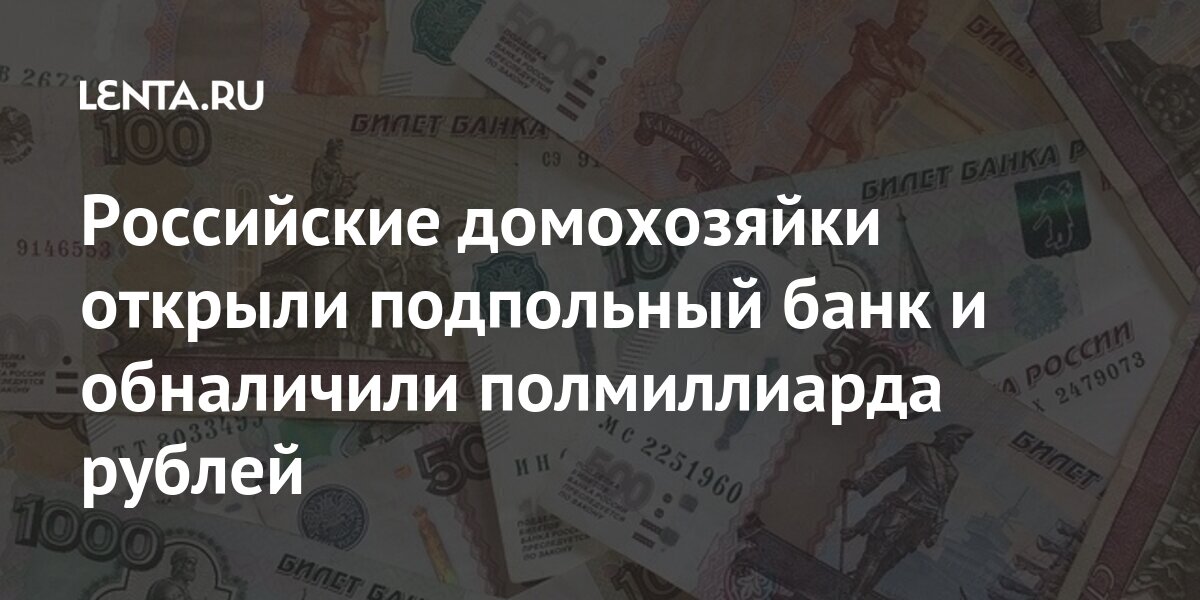 Residents of St. Petersburg opened an underground bank and over the course of several years cashed in half a billion rubles through it. Now each participant in the “business” faces up to seven years in prison, reports “Komsomolskaya Pravda”.

In total, eight people are involved in the case of an underground bank. The organization was headed by a 51-year-old resident of the northern capital, the rest of the participants in the case were women aged 40 to 58, mostly housewives. One man, a relative of the “employee”, was also involved in the criminal scheme.

As told in the Ministry of Internal Affairs, the organization has existed for four years. Both private and legal entities managed to visit the clients of the “bankers”. In total, women used 16 firms to launder money, among which there were only nominally existing individual entrepreneurs.

For their machinations, the criminals took a commission of at least seven percent. For four years they have earned about 33.5 million rubles.

During the search in the apartments of the suspects, they found notebooks with reports, seals of fictitious companies, as well as electronic keys for managing accounts. A case was opened against all participants in the scheme under the article “Illegal banking activity.”

Earlier it was reported that a Moscow businessman knocked down a Russian at a pedestrian crossing, who introduced himself to him as a major of the Federal Penitentiary Service (FSIN) of Russia. The man extorted a million rubles from the businessman for the incident.

The Ministry relegates Primary in the process, amid criticism for the lack of coordination