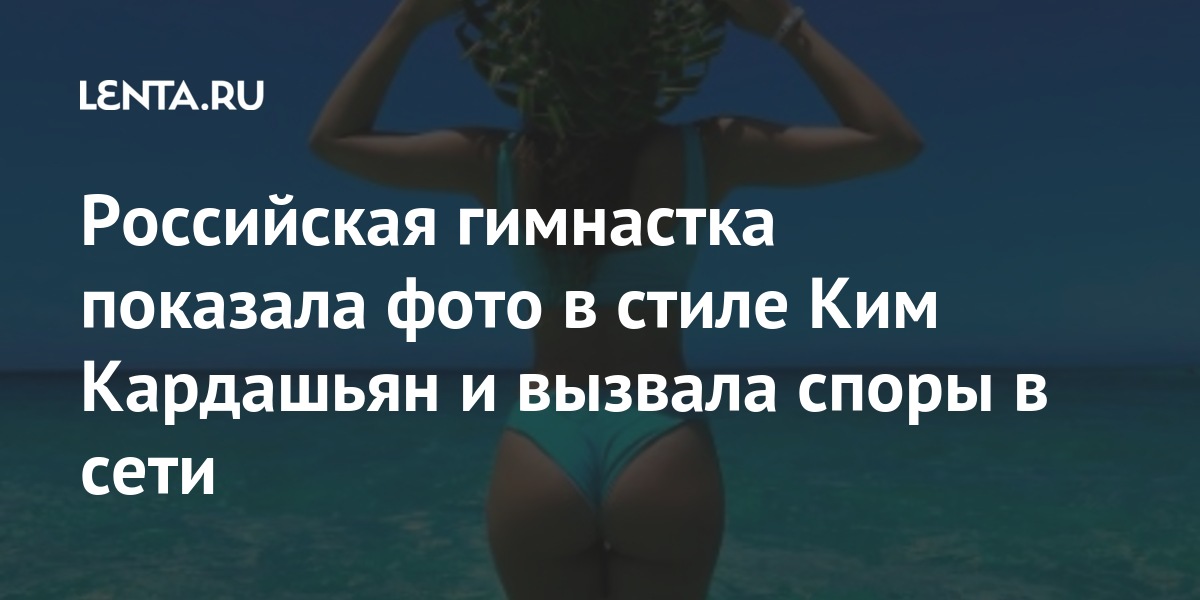 Russian gymnast Vera Biryukova posted in Instagram a photo in a swimsuit, which caused controversy among netizens.

The athlete posed in a blue bikini, believing that the angle made her look like model and entrepreneur Kim Kardashian or singer Jennifer Lopez. “Are fifth points insured in Russia, or are these purely American privileges? Is there insurance against midge bites? ” She wondered.

In the comments to the post, users’ opinions were divided. Some believed that Biryukova was in perfect shape and “she is still very far from the excesses of the Kardashians.” Others, on the other hand, paid attention to the gymnast’s prominent buttocks.

Biryukova won Olympic gold in the Russian national rhythmic gymnastics team in 2016. Also on the account of the athlete is a victory at the European Championship in 2014.

Long-term winner Union sags: Greens ahead in the next survey – Laschet on par with Scholz