Russian forests offered to be allowed to be privatized 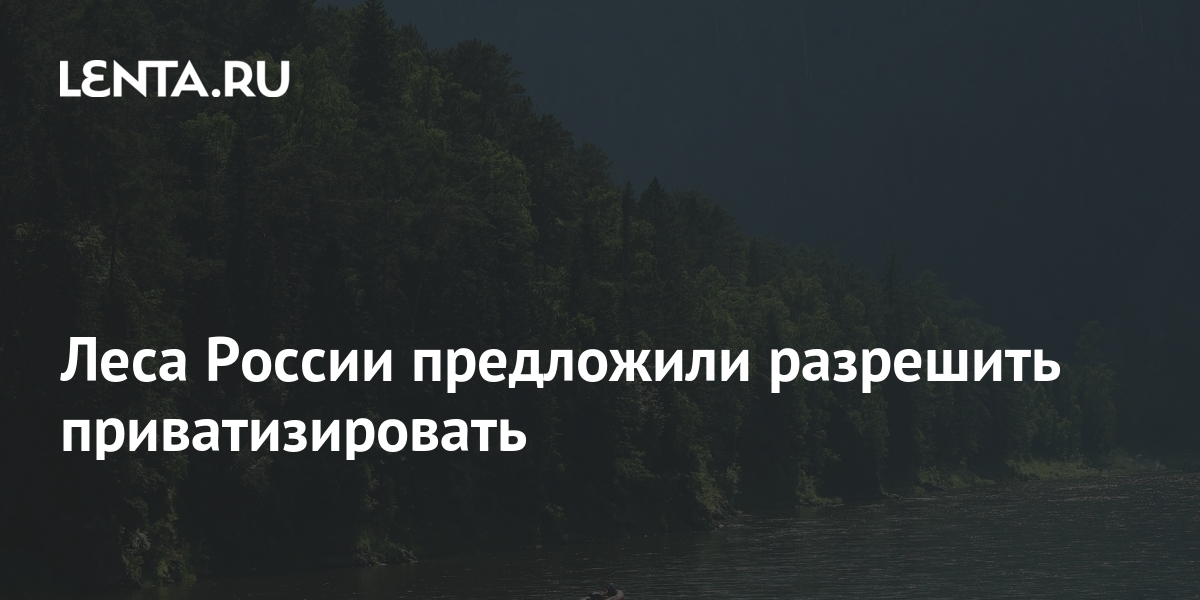 Konstantin Lashkevich, the head of the RFP Group, the largest timber industry enterprise in the Far East, proposed allowing the privatization of two to three percent of the forest territory of Russia in order to engage in “intensive forest cultivation” on such sites. It stated about this in an interview with RBC.

According to him, in the Far East “there is less and less” mature forest with high-quality timber suitable for processing. He emphasized that in the current felling, it will be necessary to wait for its natural growth for 80–120 years.

“To give the opportunity to privatize such land, cheaply insure timber, mortgage it in a bank, increase its value on the balance sheet through growth and attract money from domestic and foreign funds, as New Zealand does – cheap long-term money to invest in this story,” – explained Lashkevich.

He also added that investments of about five thousand dollars per hectare are needed until the forest begins to grow on its own. Lashkevich proposed to single out the most favored climatic zones, occupying only two to three percent of the entire forest territory of Russia, and to implement a model of intensive forest use with the right of ownership on them.

RFP Group is the largest timber industry enterprise in the Far East, one of the leaders in the export of timber from Russia to China. 58 percent of the shares belong to Roman Abramovich and Alexander Abramov, another 42 percent belongs to the Russian-Chinese Investment Fund.

Earlier, poor Russians who collect deadwood for their own needs were offered to do it in a new way – using hand saws, axes, light chainsaws. The corresponding bill was submitted to the State Duma by deputies of the LDPR faction headed by Igor Lebedev and Yaroslav Nilov.