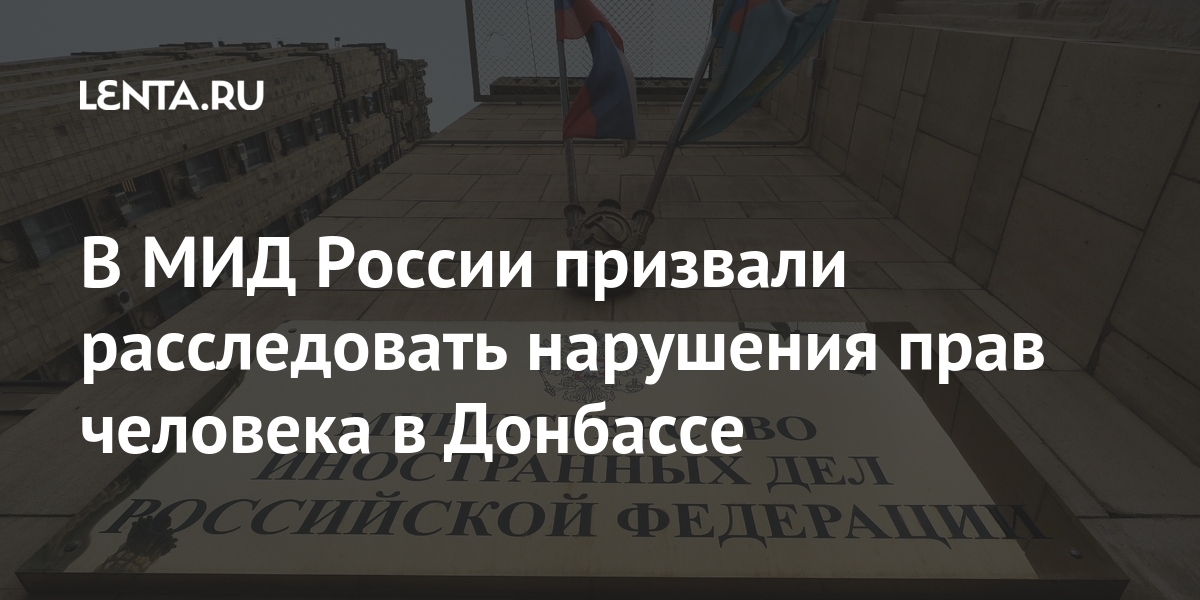 “Russia insists on investigating all crimes and human rights violations committed during the conflict in eastern Ukraine,” Ilyichev said. He explained that we are talking about the shelling of residential areas with heavy artillery, a transport blockade, the actual deprivation of social benefits by Ukraine from citizens living in the DPR and LPR, and much more. The responsibility for this lies primarily with the Ukrainian authorities themselves, he added.

In recent weeks, another aggravation of the situation began in Donbass. The authorities of Ukraine and the self-proclaimed Donetsk and Luhansk People’s Republics accuse each other of violating the ceasefire, increasing shelling and moving military equipment in the area of ​​the contact line.

Kiev accused the Russian Federation of building up its military presence at the borders. Moscow replied that the troops are in those areas where it is advisable. At the same time, the commander of the United Armed Forces of Ukraine, Sergei Naev, said that there were no signs of Russia’s preparation for war.

Juanse's hilarious statement about the temperature of eggs in MasterChef Celebrity

Open schools: a municipality offers groups for children to travel and asks Axel Kicillof to do the same