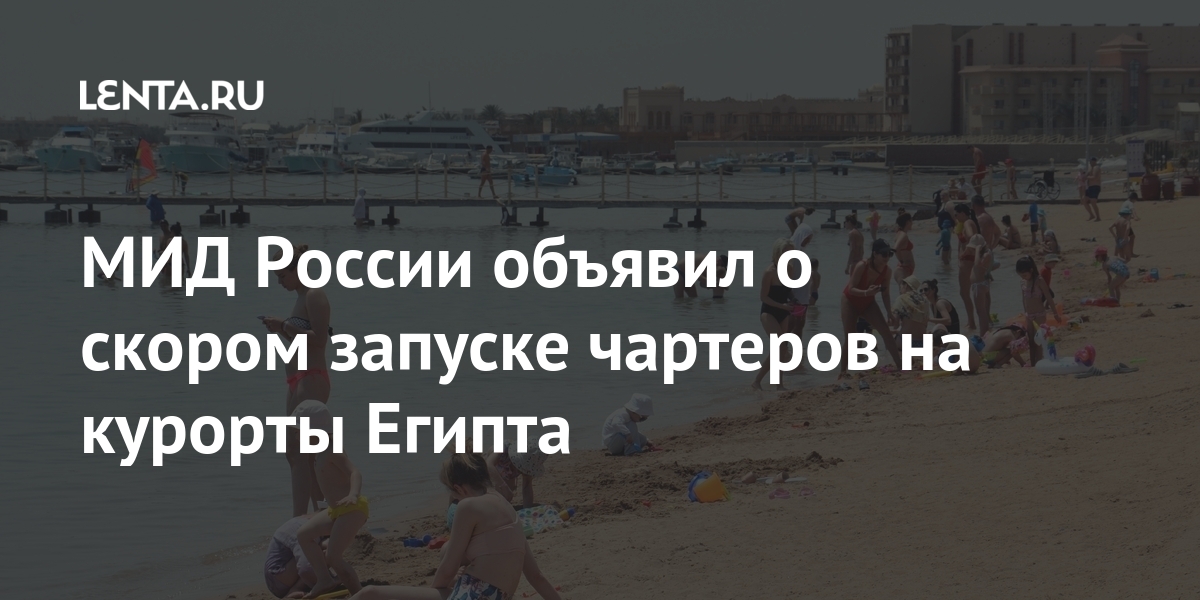 The Russian Foreign Ministry announced that Moscow expects to soon resume charter flights to Egyptian resorts – to Hurghada and Sharm el-Sheikh. It is reported by RIA News…

So, the deputy head of the ministry Mikhail Bogdanov explained to reporters that the process of restoring air traffic is going according to plan and soon this news can be officially announced.

“I think that practically everything is already a foregone conclusion,” the speaker assured in an interview.

In April, it became known that the demand for holidays in Egypt rose sharply after news of the suspension of flights between Russia and Turkey. Domestic travelers began to look for tickets to African resorts 70 percent more often.

Earlier, Egypt has repeatedly made attempts to negotiate with Russia on the resumption of charter flights, but they were unsuccessful.

Russia cut off flights with Egypt in November 2015 after a Kogalymavia plane crashed in the skies over Sinai on a flight from Sharm el-Sheikh to St. Petersburg. Onboard there were 217 passengers and seven crew members, all of whom were killed. Later, the FSB qualified the disaster as a terrorist attack, citing a bomb explosion as the cause.

The doctor in your pocket 24 hours a day

Olympics Tchaikovsky is heard as the Russian Olympic tune

Caprice scored with a double in an NHL match