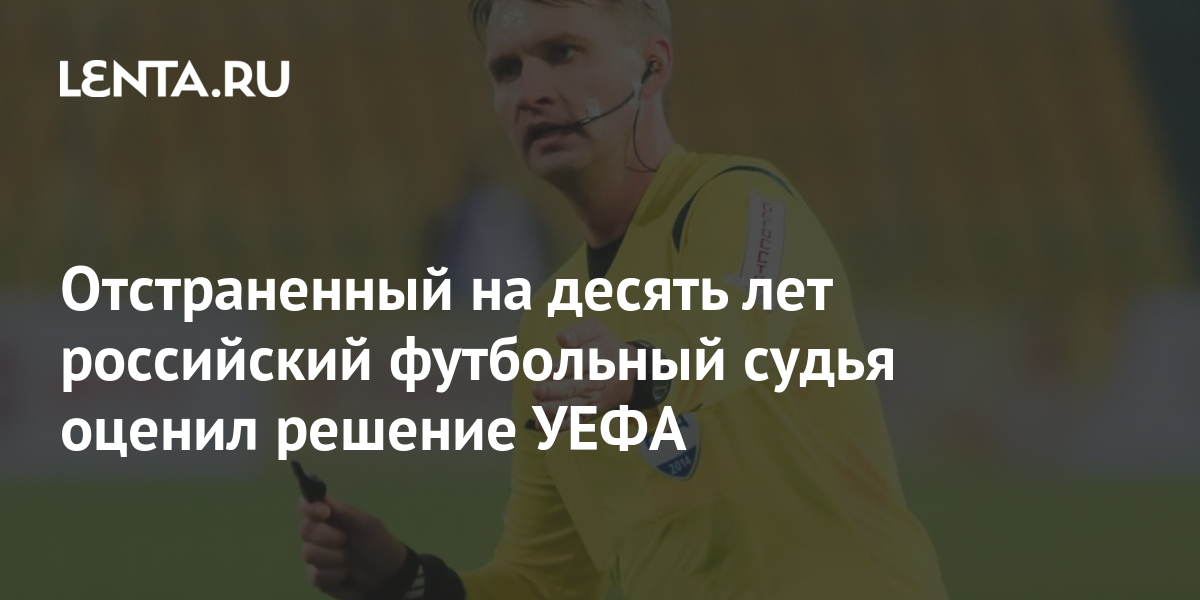 Russian football referee Sergei Lapochkin praised the decision of the Union of European Football Associations (UEFA) to suspend him from work for ten years. His words are quoted by Sport24.

Lapochkin said that he was familiar with the decision according to which he could not work until March 2031. He emphasized that he will consult with the Russian Football Union regarding the appeal of the decision, since he deliberately did not violate the UEFA regulations.

Lapochkin’s dismissal became known earlier on June 9. The referee was found guilty of violating the disciplinary articles of the organization regarding violations of the general principles of UEFA and the fairness of matches.

On April 15, Lapochkin was temporarily suspended from work. The reason for starting the investigation was the Champions League qualifying round match between Ventspils and Bordeaux, which the referee served in 2018. The referee allegedly did not inform UEFA that before the match he was contacted by third parties who were going to influence the outcome of the match. Latvian police officers provided information on the UEFA negotiations.