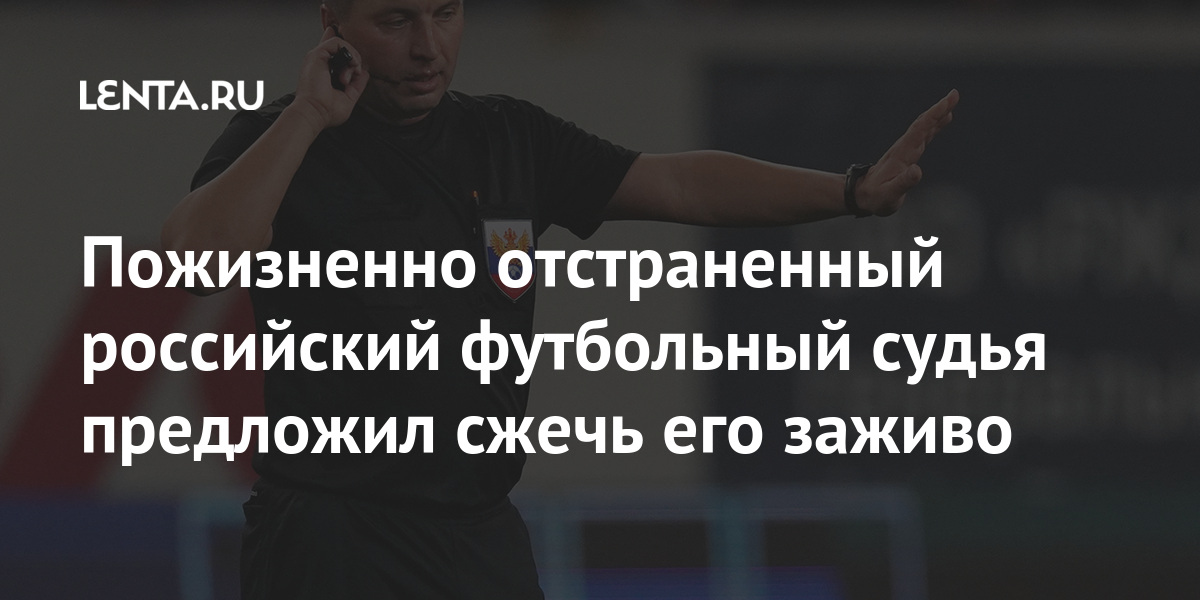 Russian football referee Mikhail Vilkov complained of bullying after news of his life suspension. This is reported by “Championship.com”.

The arbitrator noted that over the past three days, only the “lazy dog” did not criticize him. “If it makes it easier for you, you can throw stones at me or burn me alive in the square, but leave me alone from all the other judges!” – added Vilkov.

The decision to ban Vilkov for life from football was announced by the chairman of the referee committee of the Russian Football Union (RFU) Ashot Khachaturyants on April 19. According to him, the removal of Vilkov should be a signal for all referees. Khachaturyants did not name the specific reason for the disqualification of the judge.

Vilkov’s last match in the RPL was the meeting between Lokomotiv and Rostov (4: 1), which took place on 17 April. The game referee’s work has been criticized. Last year Vilkov was removed from the list of RPL arbitrators for several months. In total, Vilkov played 175 matches in the top division of the Russian championship.

Check the result of the draw for the Primitiva today, Thursday, April 29, 2021