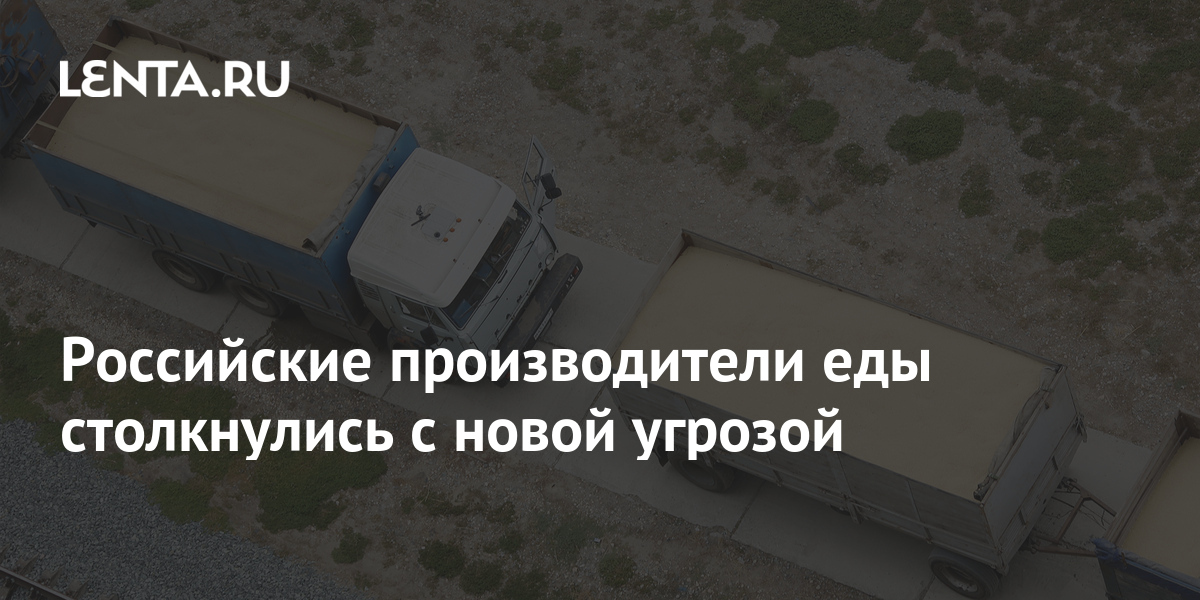 By the beginning of July, the Ministry of Agriculture of Russia had distributed all subsidies issued for the year for the transportation of agricultural products, including for export, and now food producers are faced with a threat to their supplies, Kommersant writes with reference to a letter from the director of the department for regulation of agricultural markets Maxim Titov to industry unions.

New applications coming in after July 2 “have a high likelihood of being rejected,” the letter said. In total, 611 applications for the amount of 3 billion rubles were satisfied, the program concerns transportation from the Central, North-West, South, North Caucasus, Volga Federal Districts, Altai Territory, Novosibirsk and Chelyabinsk regions. The Ministry of Agriculture reported that it was planned to allocate 4 billion for 2021, but half of the funds went to stabilize prices for products in the domestic market.

President of the Russian Grain Union Arkady Zlochevsky explained that this support allowed producers in Siberia, the Volga region and Altai to deliver products to the ports from where they were exported, and now grain may not reach its destination due to expensive logistics. Companies that have not received subsidies are unlikely to cut supplies, but the profitability of exports will decrease, says Dmitry Rylko, Director General of the Institute for Agricultural Market Studies.

The head of the National Meat Association, Sergei Yushin, said that the situation could lead to a decrease in Russia’s competitiveness in promising markets – in China, Vietnam and the Middle East. At the same time, vegetable producers can completely refuse to supply. According to the director of the Fruit and Vegetable Union Mikhail Glushkov, transportation costs will now grow within 25 percent. Last year, greenhouse vegetables began to be exported, including to the European Union, but now supplies may have to be stopped.

In the first half of the year, it was the EU that acted as the main buyer of food from Russia. These countries increased imports by 33.4 percent to $ 1.921 billion, thus outperforming China, where sales fell slightly to $ 1.912 billion. In total, in the first six months, the total export of Russian agricultural products increased by 17.6 percent compared to the same period in 2020.

At the same time, the State Duma proposed to limit the supply of food abroad. An increase in supply on the domestic market, according to Anatoly Aksakov, chairman of the State Duma Committee on the Financial Market, would help to curb the rise in food prices.