Russian doctor spoke about the dangers of a short daytime sleep 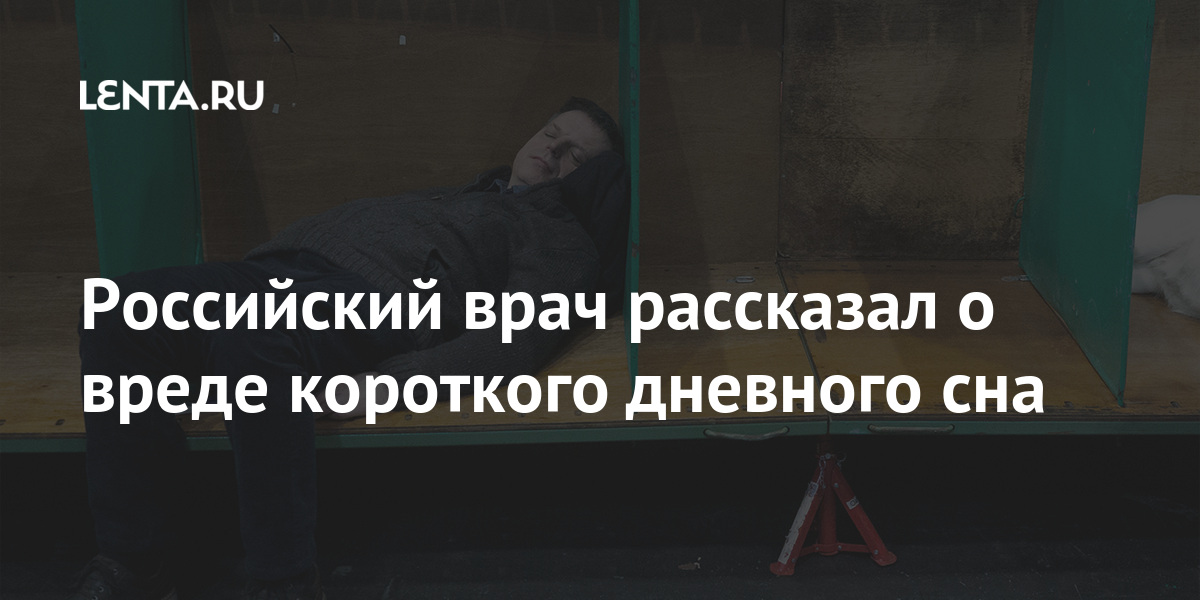 Short naps do not match the human internal rhythm, which implies 90-minute periods of sleep phase change, so you should not sleep every day during the day. The doctor of medical sciences, doctor-neurologist (somnologist) Mikhail Tardov told about the dangers of such a habit, the agency “Moscow” reports.

According to Tardov, in 15-20 minutes of daytime sleep, the overstrained area of ​​the brain can be recharged and some processes that have faltered during fatigue are restored. But such measures can be resorted to in exceptional cases – the physiological sleep of an adult healthy person occurs at night. “In the event of an episode of insufficient night sleep, you can support yourself with a 15-20 minute nap during the day, but you shouldn’t turn it into a system,” the doctor explained.

Tardov added that with various pathologies, such as obstructive sleep apnea syndrome (OSAS), the desire to fall asleep during the day can become overwhelming. In such a situation, a short nap of 20-30 minutes can be helpful.

The somnologist also noted that older people sleep more often during the day, since the rhythms of a person’s daily activity change with age, and after 60-65 years, about a 30-minute period appears during the day when you want to sleep. After 80-85 years, there are two such periods.

Earlier, therapist Irina Dobretsova said that a long sleep at the weekend can be dangerous for a person’s biorhythms and will not bring the desired effect. The expert also explained that it is important to go to bed at 22:30, since the hormone melatonin, which is responsible for combating stress, according to a person’s circadian rhythms, is produced at 23:00. To feel good, you need to sleep soundly at this time. In addition, Dobretsova advised to have a short rest during the day for 20-30 minutes in the interval from 14:00 to 15:00.

Life Have you been pressured into sex without contraception? Answer the survey

Blue dollar today: how much it is trading at this Saturday, April 10