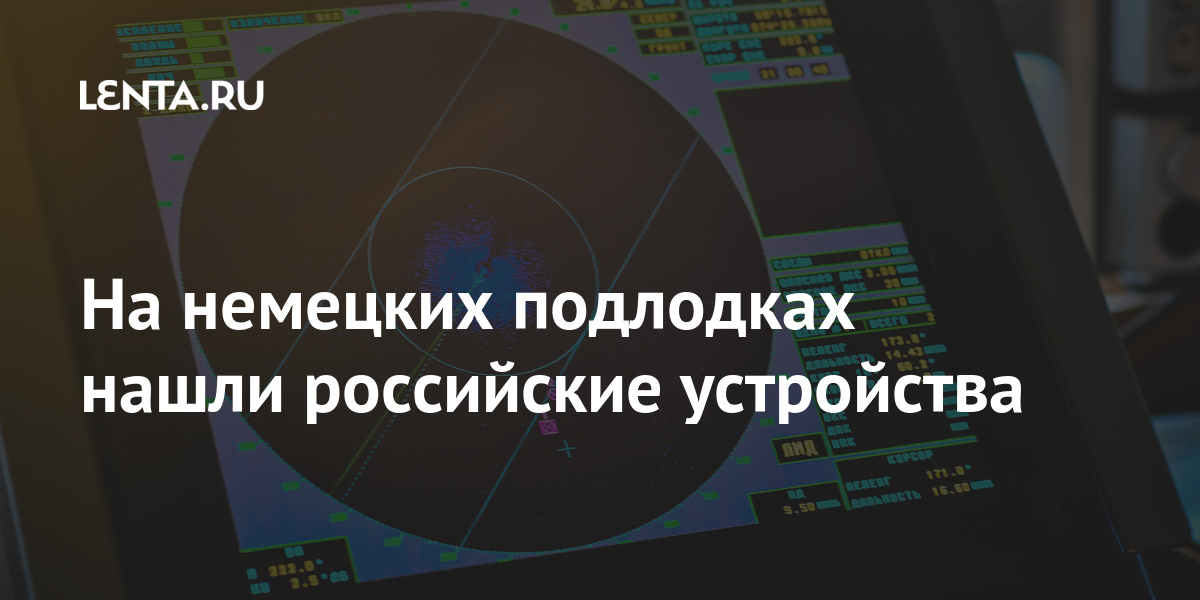 German military submarines are equipped with navigators from a Russian manufacturer. The newspaper Bild writes about it.

According to the newspaper, about 100 ships of the German Navy have been equipped with navigation systems of the Russian company “Transas” since 2005. In addition, the Transas Navi-Sailor 4000 system is installed on modern U 35 and U 36 submarines, which were introduced into the fleet in 2015 and 2016, respectively.

It clarifies that the encryption of data in these systems does not meet the NATO military standard. The naval officer, on condition of anonymity, admitted to the publication that he and his colleagues are concerned that the data could be intercepted by foreign intelligence services.

In the summer of 2020, Germany’s Federal Service for the Defense of the Constitution warned that naval navigation systems could become “vectors of attack for espionage and sabotage by foreign states.” In particular, navigation data can be intercepted and altered by the enemy, “in the worst case, up to the complete loss of functionality” of the ship.

In 2018, Transas was acquired by the Finnish company Wartsila. However, the arms division remained with Russia, now it is developing combat drones.

The newspaper asked the German Defense Ministry if such a situation is a threat. In response, the military department said that “the government is making great efforts to ensure the security of IT, cyber and crypto funds.”

In the United States, a woman demanded that Weinstein pay damages for harassment

Mauritania announces the resumption of diplomatic relations with Qatar