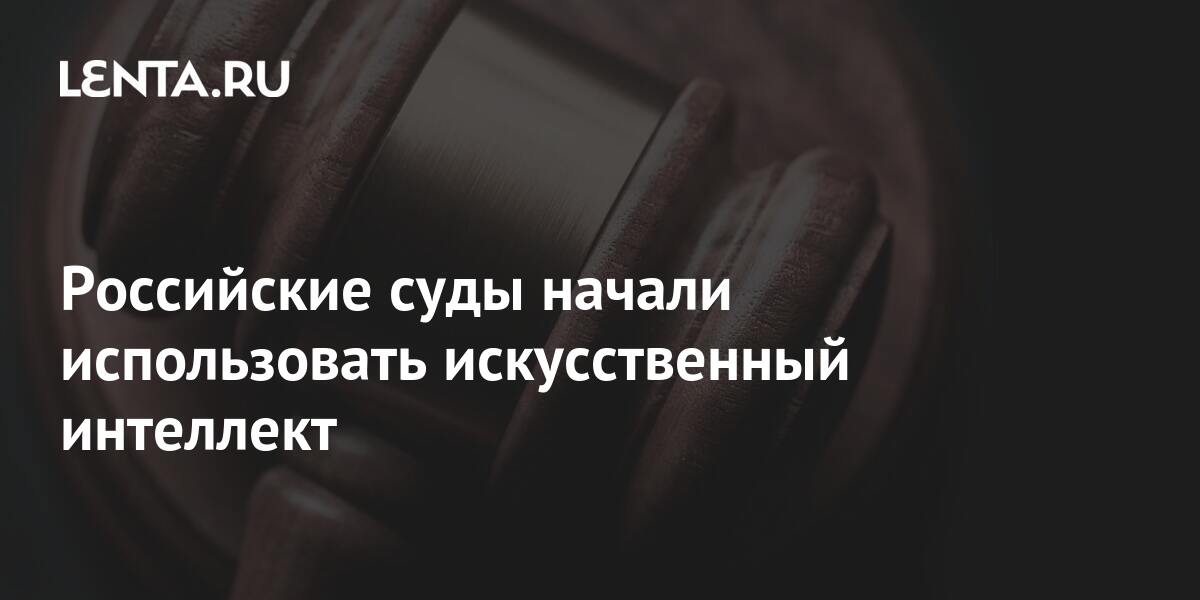 Russian courts have begun to use artificial intelligence (AI) to save judges’ time. According to Izvestia, the experiment started in the Belgorod region.

This system is still used only for the preparation of documents and verification of details for the formation of court orders for the collection of funds. According to experts, the project will help not only to facilitate bureaucratic work, save budget funds and reduce the possibility of employee error. According to Dmitry Vasiliev, President and CEO of VS Lab, we are talking about robotization of processes, and “strong artificial intelligence” will appear when the system can independently recognize itself.

At the same time, experts emphasize that it will not work to use AI for controversial legal relations, since in many cases, especially family or criminal cases, there is an irrational component. According to Yuri Shatrov, a member of the Board of Ecopsy Technologies, the system is unlikely to even be allowed to offer solutions: in such matters people are ready to trust other people, but not a computer.

Earlier it was reported that the introduction of artificial intelligence will begin in Ukrainian courts. The experiment will begin in 2022 in one of the country’s district courts. It is assumed that a trained car will be able to handle tasks of low complexity, such as speeding situations or violation of the car parking rules.