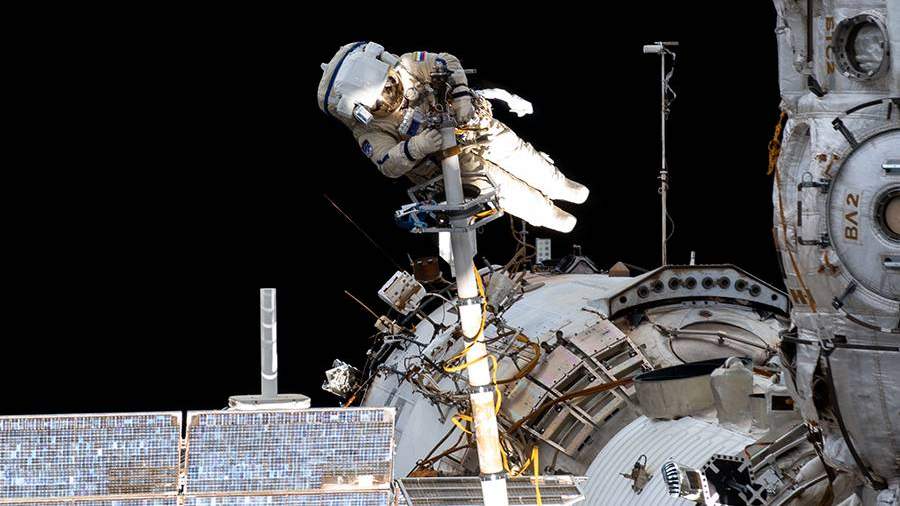 Russian flight engineers of the long-term expedition ISS-65, cosmonauts Oleg Novitsky and Pyotr Dubrov on September 3 connected the Russian module “Science” to the American power supply at the International Space Station (ISS), the broadcast is on website “Roskosmos”.

Novitsky and Dubrov laid two cables through the Zvezda service module (SM) and connected two cables to the new Nauka module, after which they connected them to the cables laid on the American segment.

Thus, they completed the work of the Russian cosmonauts Fyodor Yurchikhin and Aleksandr Misurkin, who in 2013 laid two power cables from the American segment of the ISS to the Zarya module.

For Novitsky and Dubrov, this is the second extravehicular activity in a space career, the previous one they performed at the beginning of June this year.

Earlier, on September 3, cosmonauts Oleg Novitsky and Pyotr Dubrov launched a spacewalk to integrate the Science module. The start of work was scheduled for 17:35 Moscow time, but the opening of the hatch occurred six minutes later than the appointed time. In total, the cosmonauts will spend about 7 hours and 5 minutes in open space.

On August 25, Novitsky said that Russian cosmonauts on the International Space Station (ISS) will go into outer space about 10 times by the end of 2022 to integrate and equip the Russian modules “Science” and “Prichal”.

He specified that after the docking of Nauka with the ISS, the cosmonauts will have to “enormous work to equip this module.” In particular, the connection of the cables of the power supply system and the Ethernet network.

The Nauka module was launched from the Baikonur cosmodrome on July 21 and docked to the ISS on July 29. Novitsky informed the specialists of the Mission Control Center near Moscow about the unplanned engines of the module. Soon the astronauts managed to turn them off.

To eliminate the loss of orientation of the ISS, it was necessary to turn on the engines of the Zvezda module and the Progress MS-17 cargo vehicle docked to the Poisk module.