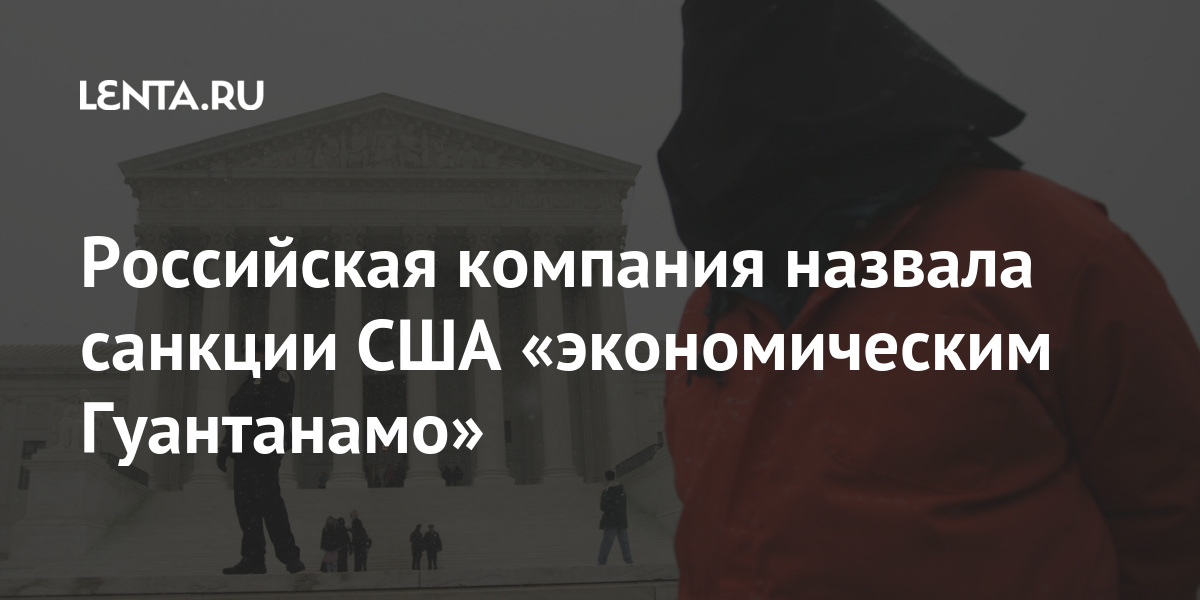 The Russian company Femteko, which found itself under US sanctions in early March, commented on the accusations from the US Department of Commerce. The head of the organization, Andrei Mezinov, told RBC about this.

He noted that the US Bureau of Industry and Security “is doing utter chaos,” which is “economic Guantanamo.” He said that he would like to receive an explanation from the American authorities.

Mezinov suggested that the company was suspected of involvement in the alleged development of chemical weapons for supplying the 27th Scientific Center of the Ministry of Defense with filter gaskets for a flame photometric detector for a gas chromatograph by the American manufacturer Agilent. The corresponding contract for 408 thousand rubles was posted on the public procurement website.

“This is just nonsense, this is not any dual-use equipment, this is not even equipment – this is the supply of spare parts,” the entrepreneur emphasized. He added that the installation of such equipment is done by Agilent service engineers and the manufacturer is aware of the location of the equipment.

Guantanamo Bay is a camp for persons suspected by the US authorities of various crimes, mainly terrorism, waging war on the side of the enemy. It is located at a permanently leased naval base in Guantanamo Bay, Cuba.

On March 2, the United States imposed restrictive measures against seven high-ranking Russians. Among them are the director of the FSB, the prosecutor general, the head of the FSIN, and deputy defense ministers. In addition, nine companies from Russia, three from Germany, and one from Switzerland were blacklisted for “proliferation activities in support of the Russian weapons of mass destruction program”. Among the Russian enterprises, in addition to the 27th Scientific Center of the Ministry of Defense, the 33rd Central Scientific Research Institute of the Ministry of Defense and the Scientific Research Institute of Organic Chemistry and Technology (GosNIIOKhT), the document lists the companies Himmed, Femteko, Interlab, Labinvest, Analit products ”,“ Intertek Instruments ”,“ Pharmcontract ”,“ Rau Pharm ”and“ Regionsnab ”.

Any transactions related to the importation of the products of these companies into the United States are subject to the “presumption of refusal” licensing regime. In addition, those who do business with these companies risk also being subject to US sanctions.

In Ukraine, the situation with Motor Sich was called "a matter of life and death"

‘Who Killed Sara?’, The Mexican series that has unexpectedly crept into the most watched on Netflix

5 minutes with … – Florencia Partenio: “The economic recovery after the pandemic must include women”