Russian Chancellor Says He Believes in End of War Deal 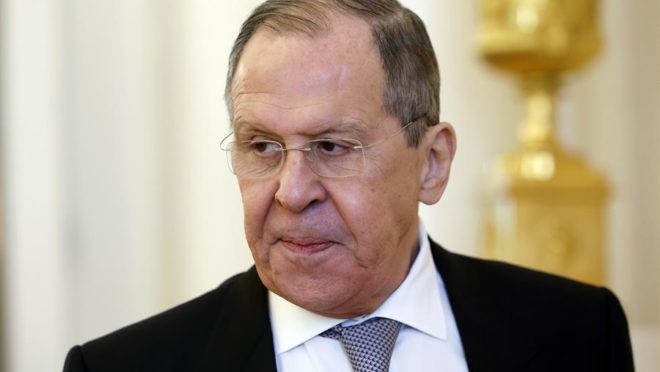 O Russian Foreign Minister Sergey Lavrovsaid on Monday (28) that he believes in an agreement between the country and Ukraine to end the war.

“Be that as it may, I think there are opportunities for an agreement, as our Western partners are beginning to understand the serious mistakes made over many years, although, perhaps for understandable reasons, they do not say this out loud,” the chancellor said in an interview. to Serbian media.

Lavrov insisted on Moscow’s willingness to continue the dialogue with Ukraine, which would resume “practically in person, today or tomorrow, in Istanbul, after a series of videoconferences.”

The minister stressed that Moscow’s objectives are “first of all, the end of the murder of civilians in the Donbas, which lasted eight long years, while the entire progressive western community kept silent, without making a single critical comment, as they watched the bombings of civil infrastructure, hospitals and homes”.

According to Lavrov, Russia seeks to prevent the West and NATO from taking over the neighboring country on a military level. “We are obliged to make Ukraine stop being a constantly militarized country, in which they try to use weapons that threaten Russia,” said the minister.

The head of Russian diplomacy denied the imminence of a meeting between Russian President Vladimir Putin and Ukrainian President Volodymyr Zelensky, considering that just a meeting to exchange views makes no sense. “That would simply be counterproductive,” he concluded. Wall Street stabilizes at the open, and Tesla gives a boost to Nasdaq

MotoGP / Dall’Igna: “Bagnaia may be the right man for the title” | FormulaPassion.it