Russian businessman detained on suspicion of embezzling a billion rubles 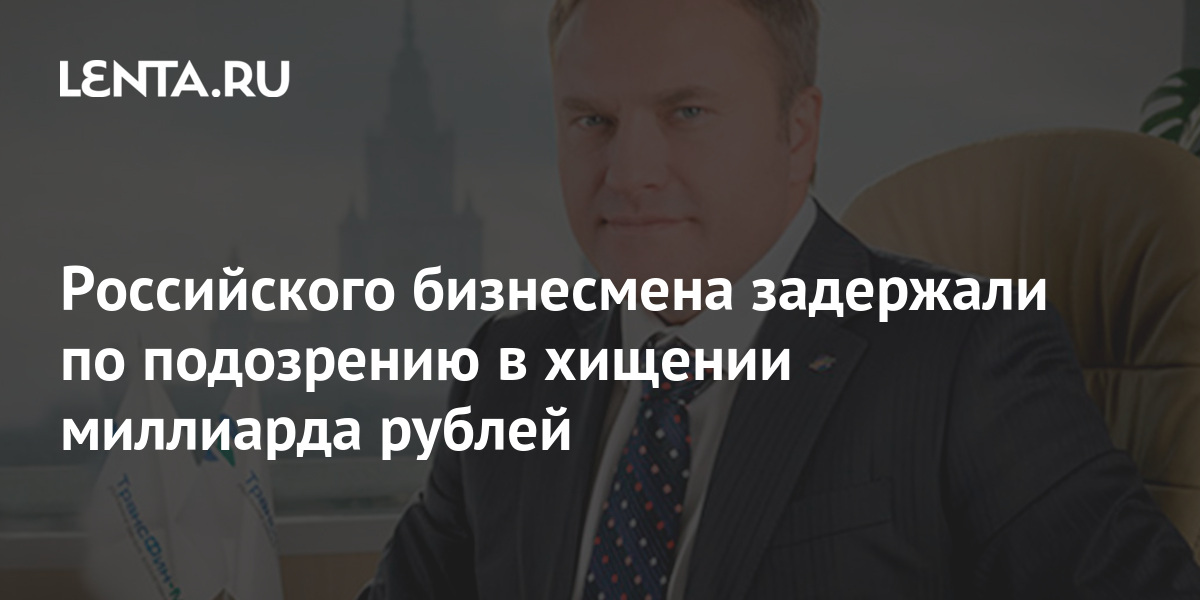 The former General Director of PJSC Transfin-M Dmitry Zotov was detained in Moscow. The businessman was suspected of stealing a billion rubles. On Wednesday, June 9, reports TASS with reference to the press service of the Moscow Main Directorate of the Ministry of Internal Affairs of Russia.

According to preliminary data, the organizations of the detainee entered into contracts for the sale and purchase of railway cars, in order to then independently sell them on the market at an inflated price.

Thus, the Russians were able to sell about three thousand cars, setting a rather high cost in comparison with the actual one.

According to the investigation, Zotov stole the difference from these sales and shared it with his accomplices. Law enforcement agencies opened a criminal case under Part 4 of Article 159 (“Fraud”) of the Criminal Code of the Russian Federation.