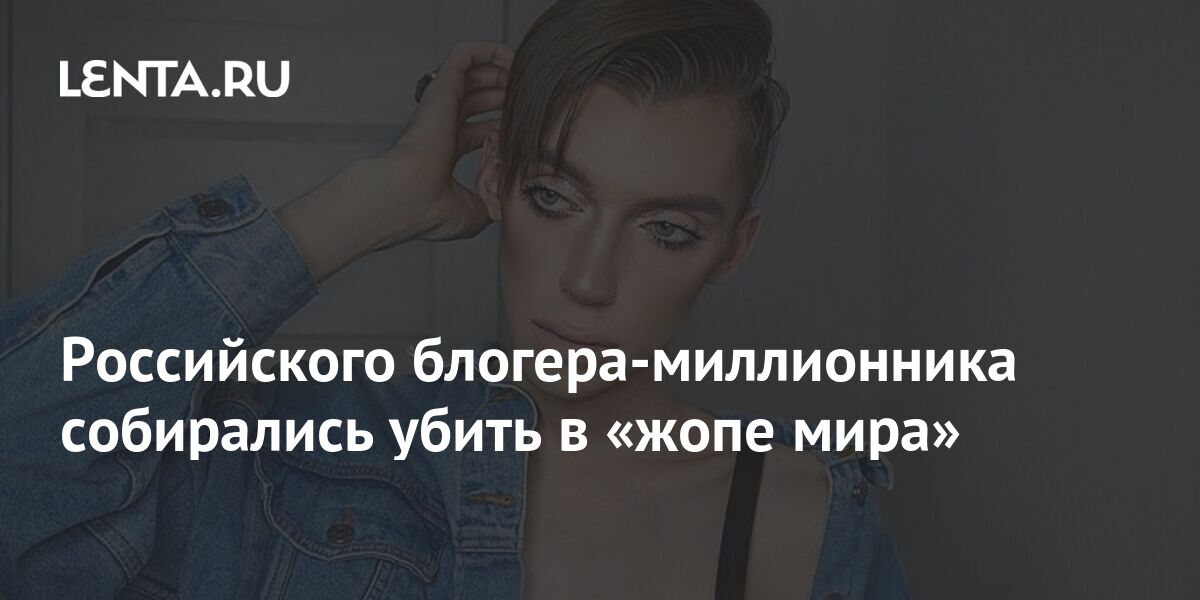 The millionaire Russian blogger Andrei Petrov was about to be killed by residents of Novy Urengoy. He told about this in Instagram-story.

According to him, after another party, he decided to fly with friends in the “ass of the world.” The beauty blogger considered that the Russian city of Novy Urengoy could be considered as such, and bought tickets there. In his social networks, Petrov announced the trip, which attracted the attention of the townspeople. According to the blogger, angry residents were going to meet him at the airport and beat him. Death wishes were written directly to him.

The situation got out of control when he was greeted by a crowd of “men-athletes” at the plane’s ramp, who had come to defend the honor of the city. The police had to be called to the plane – only under the protection of the OMON officers, Petrov was able to get out of the plane.

According to Petrov, accompanied by law enforcement officers, he was taken first to the department, and then to a safe place. The next day, the blogger flew to Moscow. “I have not visited the worst city,” he summed up.

Earlier, a video blogger from the United States, Graham Stephan, posted a video on TikTok, where he spoke in detail about his income on YouTube. For clarity, he showed the statistics of the channel, which has 2.5 million subscribers. So, on the worst days, he can earn about four thousand dollars (322 thousand rubles at the current exchange rate).