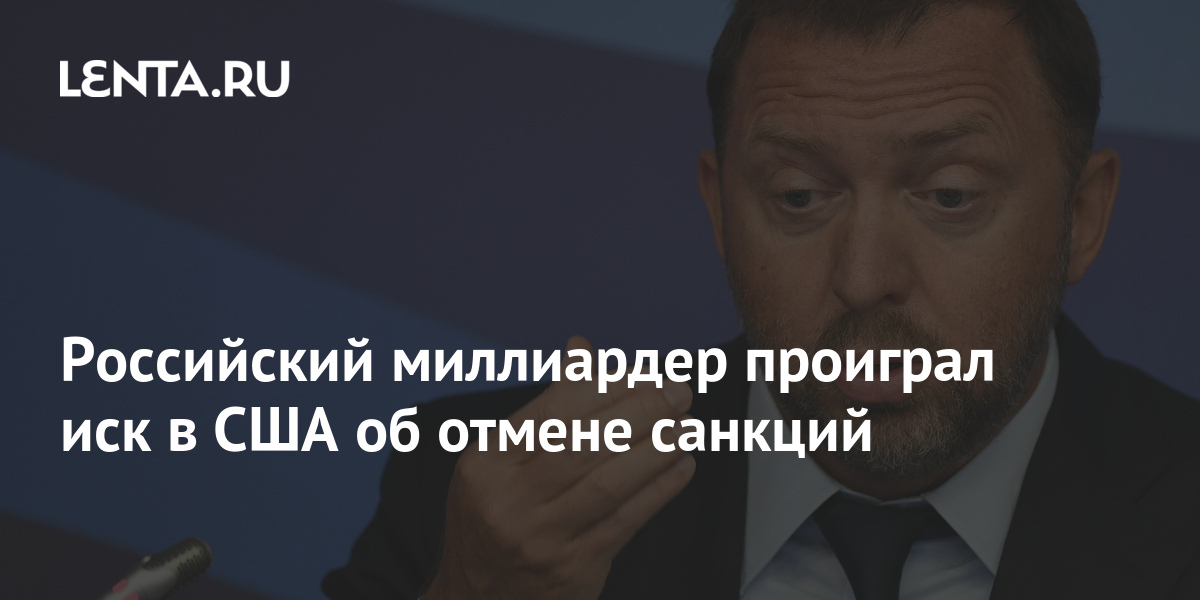 A US court dismissed Russian businessman Oleg Deripaska in a lawsuit demanding that the US sanctions be lifted against him. It is reported by RIA News…

The judge consistently rejected the arguments of Deripaska’s lawyers, who called his inclusion in the list of sanctions voluntaristic, and closed the case. In this case, the decision can be appealed to a higher court.

The US Treasury Department imposed sanctions on Deripaska and eight of his assets in April 2018. In January 2019, restrictions against the companies En +, Rusal and Eurosibenergo were lifted thanks to an agreement reached with the US Treasury. However, the rest of the companies and the billionaire himself remained under sanctions.

Deripaska filed a lawsuit against the US Treasury in March 2019. The businessman said about the bias of the American authorities and their violation of the basic principles of US law, in particular, the presumption of innocence. According to the entrepreneur, due to restrictions, he lost more than $ 7 billion. He claimed that the US sanctions imposed on him were based on lies. According to him, “no facts, no grounds” were presented for the introduction of restrictions.