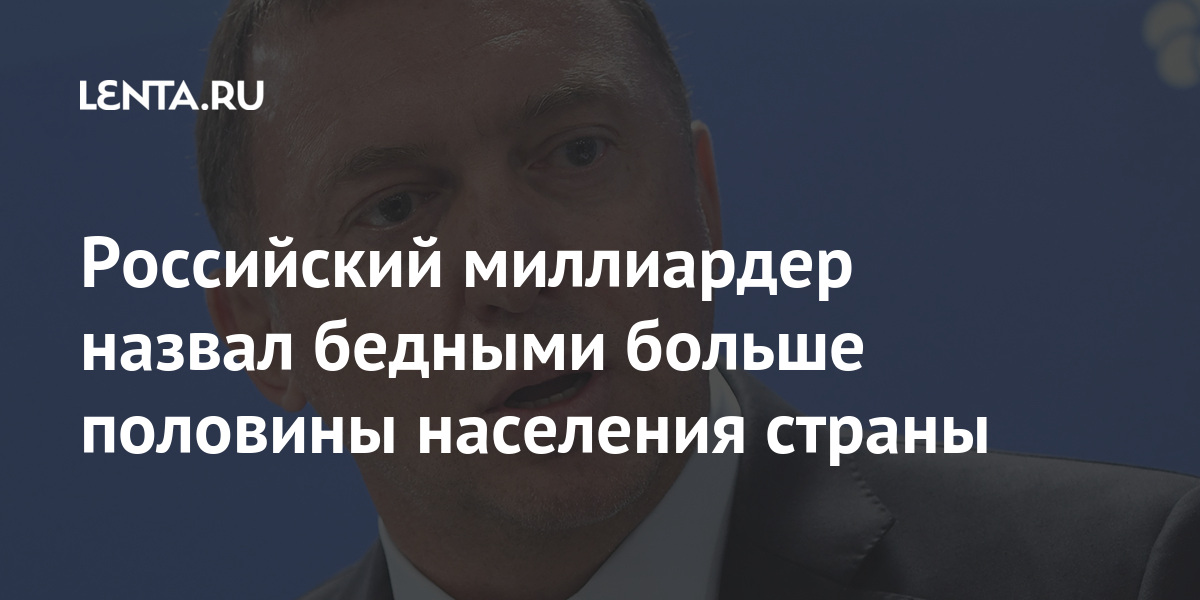 More than half of Russia’s population has incomes below the subsistence level, and official statistics juggle numbers. About this in your Telegram channel stated Russian billionaire Oleg Deripaska.

In his opinion, 80 million of the country’s inhabitants can be called poor, and not 17.8 million, according to Rosstat, and there has been no drop in the poverty level to the minimum since 2014.

Deripaska said that the department in recent years “has learned to masterfully manipulate statistics,” and only because of this it is necessary to “read such” brave “reports on” victories “over poverty.” At the same time, the billionaire stressed, all achievements take place exclusively on paper.