Russian attack VR’s St. Petersburg trains filled with returnees and Russians leaving their homeland: “This train was the only way for me to travel quickly out of Russia” 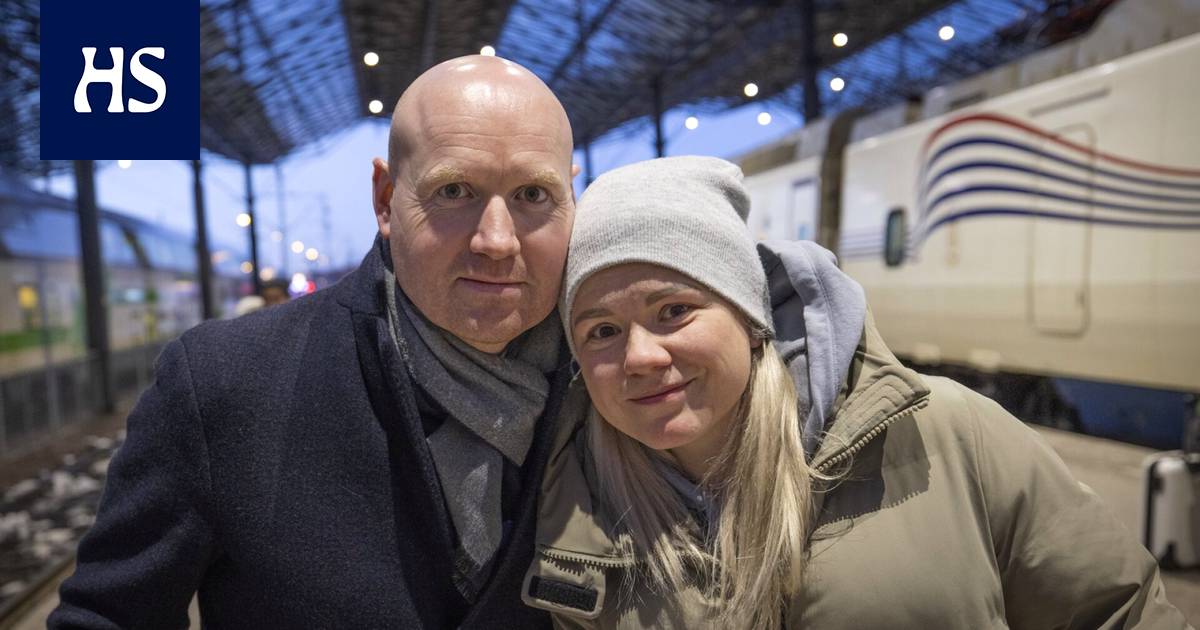 On St. Petersburg trains Many returnees and Russians now travel to Finland to leave Finland or elsewhere in Europe.

At six o’clock on Monday evening, the second Allegro train of the day arrived at Helsinki railway station from St. Petersburg. There were several Russians on board who were trying to continue their journey to other parts of Europe via Finland.

Hufvudstadsbladet said earlier Monday that The morning train from St. Petersburg was full Russian passengers who left the country.

In the evening a Russian traveling on an arriving Allegro train Alyona was at the train station in front of his Dutch partner Alexander. Both of them had left early Tuesday morning: Alyona from Moscow and Alexander from Holland. They met at the train station. From Helsinki they plan to continue their journey to Holland.

Getting out of Russia was stressful because flights to Moscow have either been canceled or tickets are too expensive, Alyona says.

“This train was the only opportunity for me to travel quickly out of Russia,” he says.

Alyona says that she heard a rumor that Monday’s Allegro train would have been even the last connection from Russia to Finland.

However, this is not the case, says VR’s director of passenger traffic Topi Simola. For the time being, VR will continue to operate between Helsinki and St. Petersburg normally.

According to Simola, VR has a daily discussion about the situation with various ministries as well as with VR’s Russian partner, the Russian Railways (RZD). Simola does not comment on the discussions with the authorities.

“There are many impressive things here. VR alone is not the decision to do anything. I do not feel that such a crisis would be a normal business situation. We are doing our job, because some connection has to be away from Russia, ”says Simola.

Rumor however, the closure of the route made the trip to Alyona even more stressful, and she says her moods are contradictory. His parents and grandparents stayed in Moscow.

“It’s so weird to leave my own country like this. There were a lot of people on the train who had the same thoughts. They were sad, but at the same time happy. Some drank wine or champagne and rejoiced that we would finally get out of Russia, ”he says.

“I pray this hell ends. This is ridiculous. We Russians do not support this war. ”

The mood in Moscow was confused, says Alyona.

“We Russians are scared too and we don’t know what’s going on. We do not support this war, and we do not want to be united (Vladimir) to Putin. ”

Polish Eleonora also says that in Moscow a panic began a couple of days earlier, when the bank no longer received money.

“That’s when I started thinking about leaving the country, too,” he says.

Eleonora had bought a plane ticket for Monday morning, but the flight was canceled. Traveling by train first to St. Petersburg and through it to Helsinki was the only option if you wanted to get to Europe.

“You can’t fly out of Moscow anymore,” he says.

Eleonora (left) and Natalia say the Allegro train was practically the only option to travel out of Russia. Picture: Juha Metso

Likewise went Mayalle and to his six-year-old son To Samuel. They live in Germany and had bought plane tickets to Germany, but the flight was canceled.

“I was so nervous if we could get away at all,” Maya says.

“I’ve never been so happy with a Russian passport because without it, Samuel wouldn’t have gotten on the train,” Maya says.

Currently, only Russian or Finnish citizens and dual citizens are allowed to travel on Allegro trains. VR hopes that citizens of other countries will also be able to travel with Allegro.

“But it is behind the change in the Russian regulation,” says VR’s Simola.

Maya says she talked to a passenger on the train about how horrible the situation is.

See also  HS Turku In Turku, the monument to Mauno Koivisto has been erected for five years - now the President's library or terminal has been unveiled

Maya also has a family in Russia.

Six-year-old Samuel and his mother Maya are on their way from Russia to Germany. Picture: Juha Metso

VR: n According to Simola, passenger numbers on Allegro trains began to increase on Saturday.

“Yesterday and today there have been full trains. Tomorrow also looks really lively, ”he says.

According to Simola, Allegro seems to be traveling to Finland specifically for people leaving the war.

“It seems that as air traffic has declined, this has become an important route out of Russia,” Simola says.

During the corona pandemic, passenger numbers on Allegro trains have been low. In practice, most of the traffic has been commuting or dual citizens visiting another country for family reasons, for example, Simola says.

The Foreign Ministry called on Sunday to avoid traveling to Russia. VR also does not recommend anyone traveling to the country.

“The situation has changed reasonably fast. We are monitoring the situation, but for the time being we will continue to operate normally, ”says Simola.