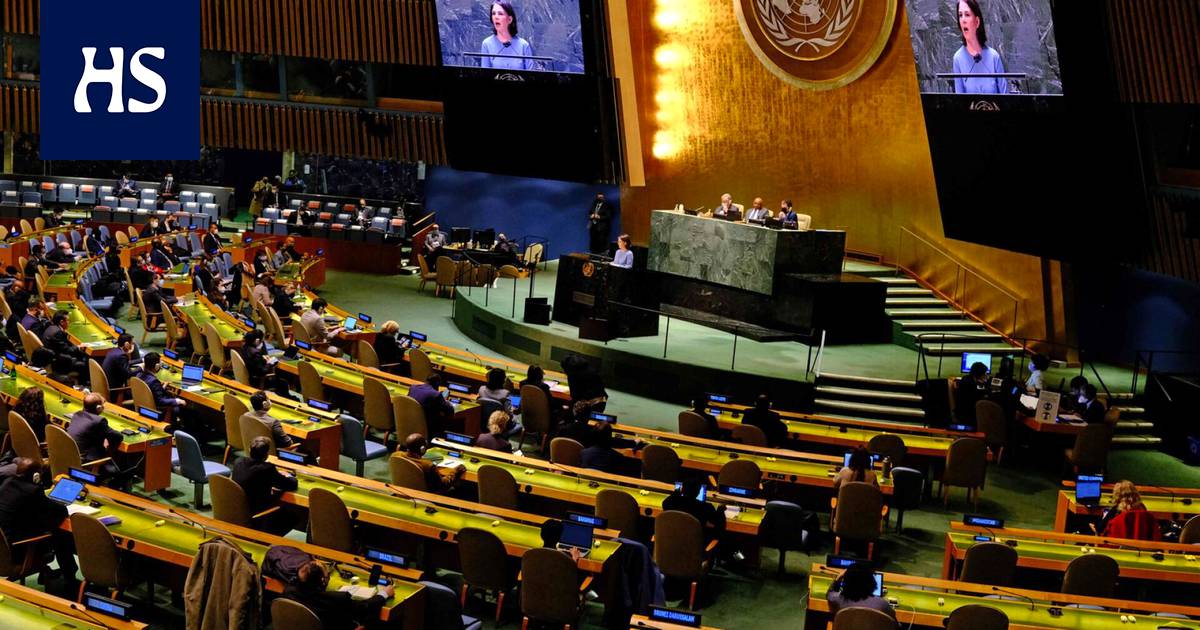 The result of the vote is not binding, but criticism of Russia’s hostilities sends a strong message from the international community that Putin is alone in his war.

UN General Assembly the majority criticizes the Russian invasion and demands that the country withdraw from Ukraine. A total of 141 states from 193 UN member states supported the joint resolution of the meeting.

The General Assembly voted its position on Wednesday in New York. Only five countries voted against the resolution: Russia, Belarus, Syria, Eritrea and North Korea.

The text of the UN resolution has changed many times in recent days. It no longer “condemns” the Russian invasion but “deeply deplores the aggression of the Russian Federation against Ukraine”. The resolution also condemns the deployment of Russian nuclear forces.

The United States UN Ambassador Linda Thomas-Greenfield noted that a special moment in history is at hand.

“Now, more than ever before in recent history, the UN is being challenged,” he told the General Assembly.

“They [venäläiset] have come to deprive Ukraine of the right to exist, ”Ukraine’s UN ambassador Serhi Kyslytsja said at the meeting.

“It is already clear that Russia’s goal is not just occupation. It’s a genocide. “

Russian Ambassador to the United Nations Vassili Nebenzia denied that Russia was targeting civilians and warned that the adoption of the resolution would only exacerbate the situation.

The vote the result is not binding, but resentment of the Russian attack sends a strong message from the international community that the Russian president Vladimir Putin is at war alone.

Russia has argued that its “special operation” is self-defense under Article 51 of the UN Charter.

The West, for its part, has stalled this position. According to the West, Russia is violating the second article of the charter, which states that UN members must refrain from using violence in resolving crises.

See also  Covid, what a Cartabellotta gaffe: it makes fun of Povia positive for the virus

Wednesday the vote reflects the events of 2014, when Russia illegally annexed the Crimean peninsula, which belongs to Ukraine.

At the time, the UN Security Council voted on a draft resolution opposing a referendum on the status of Crimea and urging other countries to refrain from recognizing it. Russia used its veto in the vote.

Since then, the UN General Assembly has ruled that the referendum declaration was invalid. This decision received support from 100 states, while 11 countries opposed it and 58 abstained. Twenty countries did not take part in the vote.

Colon, the deadly and growing cancer that can almost always be prevented