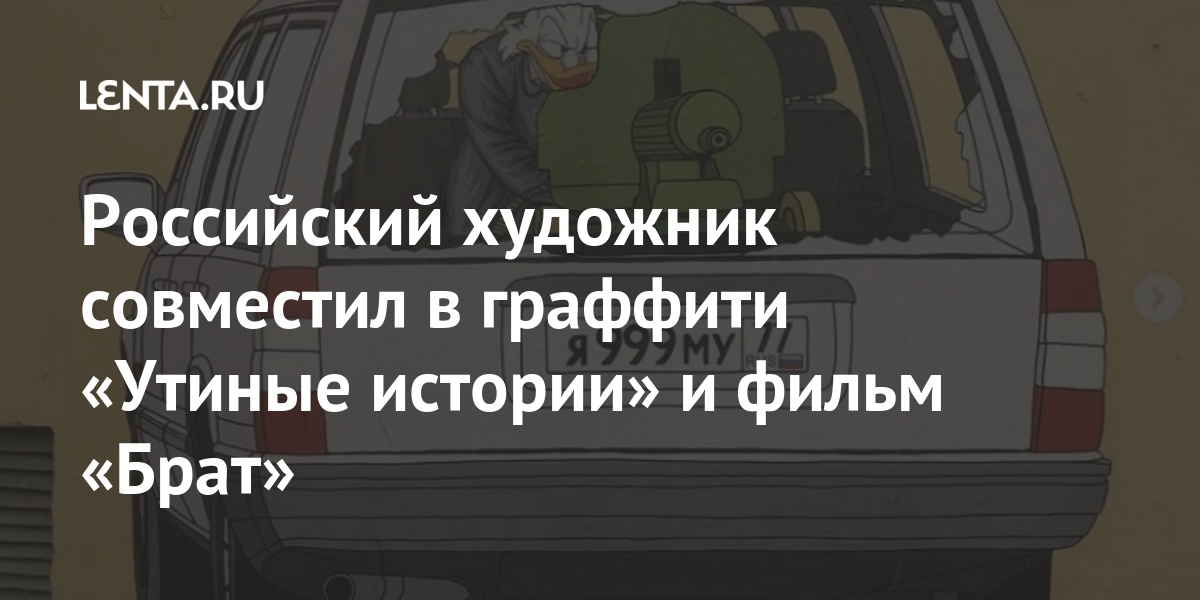 Russian street artist Slava Ptrk (real name Stanislav Komissarov) combined the American animated series “Duck Tales” and the film “Brother” by Russian director Alexei Balabanov in graffiti. He posted a photo of the work on his page in Instagram…

“Machine gun Maxim. From the series “Childhood in front of the TV”. “Brother 2” and the universe of the ducks. Yes, the same courtyard on Solyanka where the pursuit of Danila and his brother triumphantly ended, ”he signed the photo.

The wall depicts Duck Tales character Scrooge McDuck firing a machine gun from the smashed rear window of a car.

The drawing is located in Moscow at the address: Solyanka Street, 1/2, building 2. “The entrance is in the corner of the building in the courtyard, you type the Orange Paradise salon and they start you,” the artist explained.

In September 2020, a work by street artist Slava Ptrk appeared at the Church on the Blood in Yekaterinburg. He portrayed the Primate of the Russian Orthodox Church (ROC), Patriarch Kirill of Moscow and All Russia, as the cartoon character Scrooge McDuck bathing in gold. 2020 marked the tenth anniversary of one of his first works dedicated to Patriarch Kirill – then he portrayed the head of the Russian Orthodox Church in the form of a piggy bank.

Slava Ptrk (Stanislav Komissarov) is a contemporary Russian artist who often uses stencils in his works. Became the winner of the international competition Portrait Now! in Copenhagen.

Four more deaths after the AstraZeneca vaccine identified in France