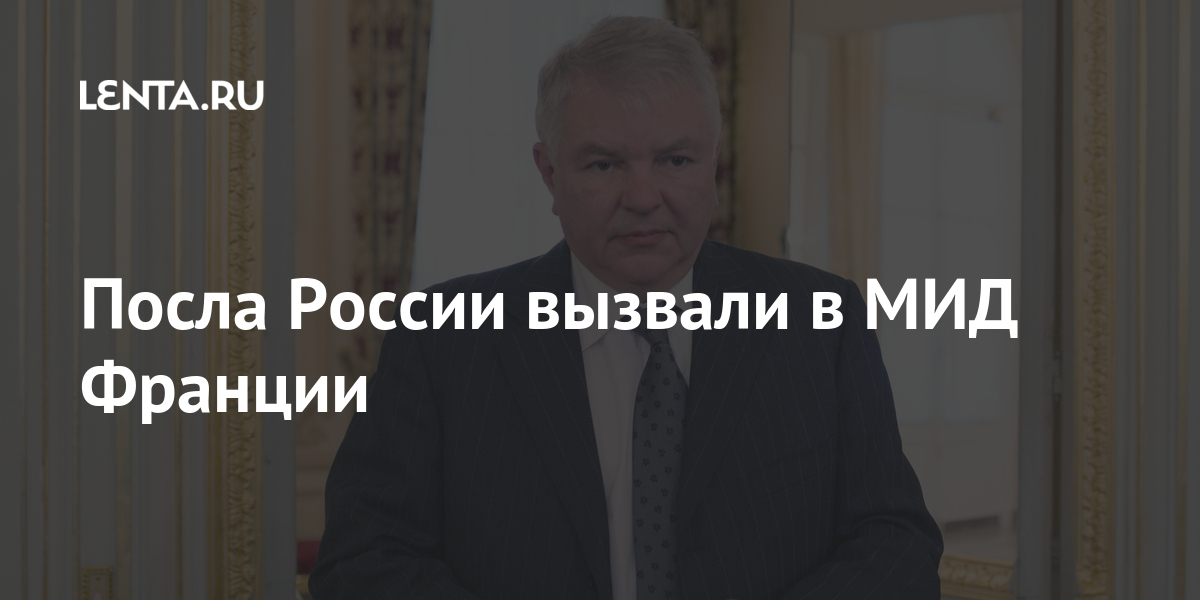 Russian Ambassador to France Alexei Meshkov was summoned to the country’s Foreign Ministry amid the imposition of sanctions by Moscow against a number of representatives of the European Union. On Tuesday, May 4, reports RIA News with reference to the representative of the French Foreign Ministry.

As explained in the French Foreign Ministry, the Russian ambassador was voiced the position of Paris regarding the restrictions imposed by Russia. “We strongly condemn the measures announced on Friday, April 30, by the Russian authorities against a number of European officials,” the official said.

At the same time, he noted that such actions by Russia are unlikely to help reduce tensions in relations between Moscow and European countries, and expressed the hope that the Russian authorities will still “behave responsibly” in order to improve the situation.

In addition, the French side expressed concern to Meshkov about the recently adopted decree in Russia that limited the possibility of hiring employees for diplomatic missions in the field.

On April 30, Russia banned eight citizens of the European Union and representatives of European structures from entering its territory. The black list included the President of the European Parliament David Maria Sassoli, Deputy Chairman of the European Commission for Values ​​and Transparency Vera Yurova, Head of the Berlin Prosecutor’s Office Jörg Raupach, member of the French delegation to the Parliamentary Assembly of the Council of Europe (PACE) Jacques Maire. Osa Scott, head of the laboratory of chemical, biological, radiation and nuclear safety at the Research Institute for Total Defense of Sweden, was also under sanctions. In addition, citizens of the Baltic countries fell under the restrictions.

On March 2, the EU imposed restrictions on high-ranking Russian officials due to the situation with Alexei Navalny (founder of the Anti-Corruption Fund, included by the Ministry of Justice in the register of organizations performing the functions of a foreign agent)…

The next Battlefield will be released in the coming months