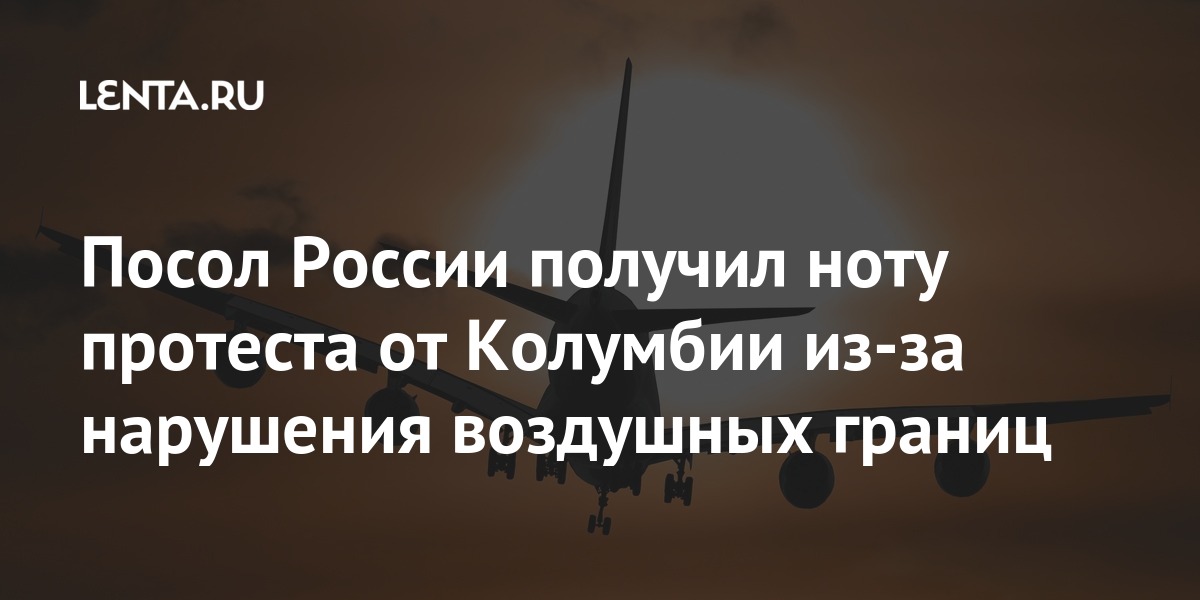 The Colombian authorities handed a note of protest to Russian Ambassador Nikolai Tavdumadze in connection with the fact that the Russian plane violated the airspace of the South American republic. This was announced by the head of the Colombian Foreign Ministry, Claudia Bloom in Twitter– department account.

The minister noted that the Russian aircraft allegedly repeatedly “did not fulfill the conditions specified in the flight permits issued by Colombia.”

Bloom said that Tavdumadze had been briefed on the importance of a prompt response from the Russian government and that it would provide assurances that violations of Colombian airspace would not be repeated.

Earlier, the Colombian Defense Ministry reported that it was raising fighters to intercept the Russian plane. Il-96-400VPU en route from Moscow and had permission to fly through the waters of Colombia.

Russia has repeatedly stated that all flights are carried out in strict accordance with international rules, without violating the borders of other states.