Russian airlines were advised to suspend all flights abroad 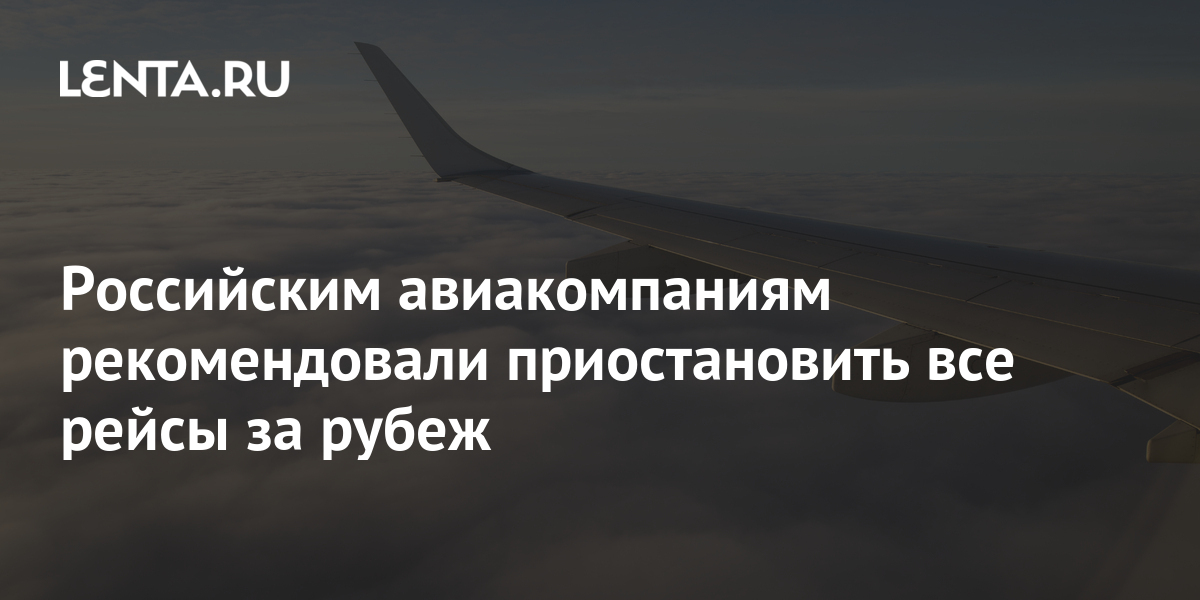 The Federal Air Transport Agency has recommended that Russian airlines that have aircraft of foreign registries in their aircraft fleet suspend all flights abroad from March 6. Writes about it TASS.

The agency clarified that the recommendation is associated with a high degree of risk of detention or arrest abroad of Russian aircraft that are leased from foreign airlines and, as a result, are not registered in Russia.

It was noted that flights of Russian airlines within the country continue without restrictions.

Earlier in Russia, the regime of closing the sky in the south of the country was extended until March 14. As reported, the restriction will be in effect until 03:45 Moscow time.

On March 4, the Russian airline Smartavia suspended all international flights until March 19. Earlier, S7 announced the cancellation of all flights abroad.

See also  US and NATO do not confirm Russian retreat and keep troops on alert
Tags: advisedairlinesflightsrussiansuspend