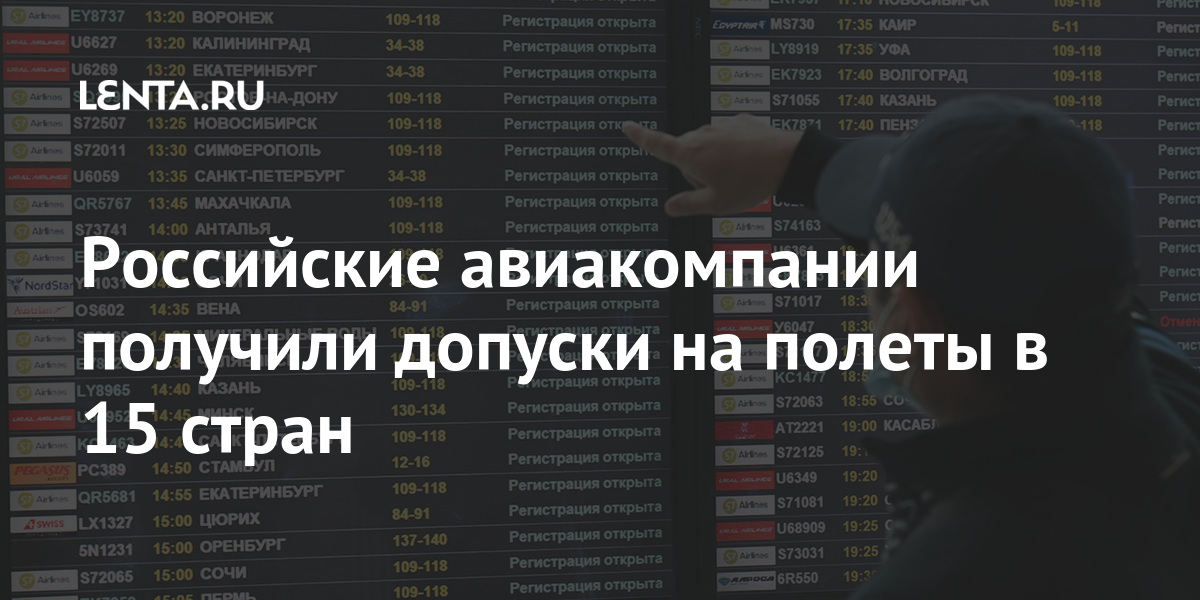 Russian airlines received admissions for regular flights to 15 countries. This is evidenced by the text of the order published on Wednesday, April 21, at website Federal Air Transport Agency.

According to the document, Aeroflot received permits for flights to Cyprus, where it can fly up to seven times a week. It is specified that flights to Larnaca and Paphos will be available from 11 Russian cities.

However, the Federal Air Transport Agency stressed that the admission to flights does not imply the official restoration of air communication with these countries. “Admission is the right of the airline, which it can use when resuming flights,” the ministry said in a statement.

Earlier in April, the Russian Foreign Ministry announced the possible resumption of charter flights with Egypt. “I think that practically everything has already been decided,” said Deputy Foreign Minister Mikhail Bogdanov.

Pope asks Ibero-American leaders for an "equitable distribution" of vaccines

Sánchez points to Vox as “the main threat to democracy”

Visual arts Jonna Kina’s way of dealing with history in art is already of interest around the world – In her works, death is not a grave thing