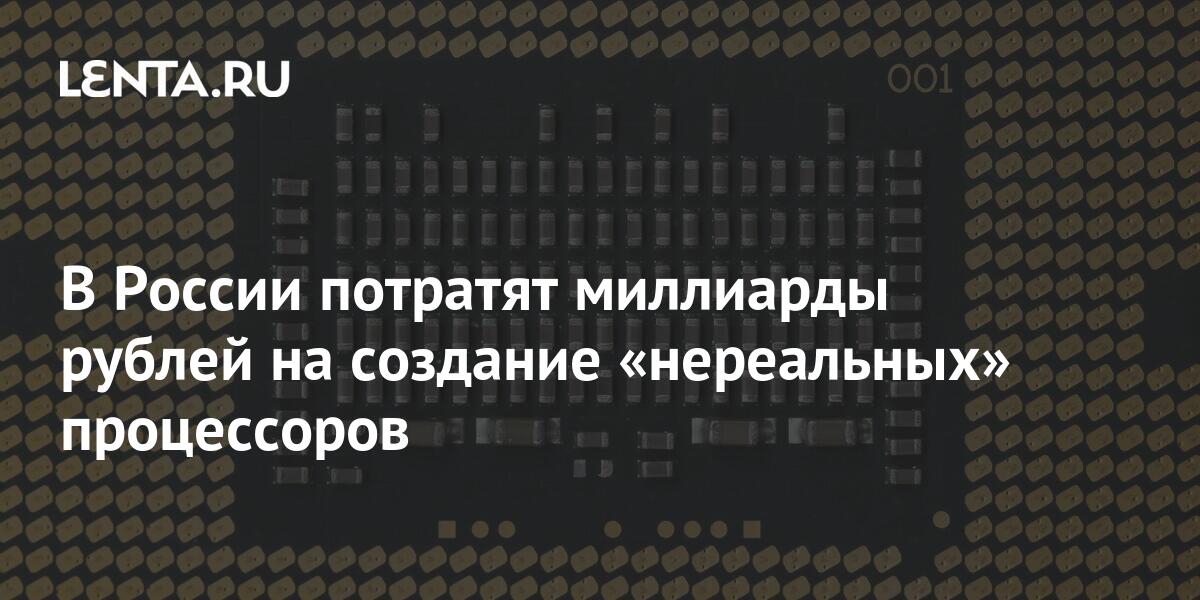 Rostec intends to develop the first Russian processor of a new generation on the open architecture RISC-V for computers and servers. The partner of the state corporation is the developer of data storage systems and servers Yadro, which is part of the ICS holding Alisher Usmanov. Representatives of both companies spoke about the project, Vedomosti writes.

Oleg Izumrudov, director of the Consortium of domestic developers of data storage systems, pointed out that the characteristics declared by the developers look unrealistic in the future. For example, processors of this architecture currently operate at a clock frequency of 450 megahertz, while Russian companies want to achieve 2 gigahertz.

This parameter is specified in the description of the future processor. It also says that it will be an 8-core device with a topological size of 12 nanometers. A Yadro spokesman claims that the RISC-V architecture is considered the most promising; Google, Samsung, Huawei, Nvidia, Western Digital, Qualcomm, Alibaba are engaged in it. Own national programs for its support have been launched in the EU countries, China, Israel, India.

However, Natalia Sofronova, head of the CROC equipment import substitution direction, recalls that the development has found widespread use in microcontrollers and Internet of things devices. The architecture really does see a good future, but there are no general-purpose RISC-V processors on the mass market at all.

However, Andrei Matveenko, director of the department for coordinating the implementation of national projects of the United Instrument-Making Corporation (manages Ruselectronics, part of Rostec), explained that at first Russian Baikal-M processors will be used in servers and computers for deliveries to government agencies.

The business plan of the project provides that in 2025 60 thousand computers and servers based on new processors will be sold. Their total cost will be seven billion rubles.

In February, it was reported that due to problems with domestic developments, the government drastically relaxed the criteria for switching to its own software. Now even software with minor modifications will be considered Russian, which will make it possible to fulfill the set plan. In April, the authorities decided to fight the reluctance of government agencies to use domestic developments.