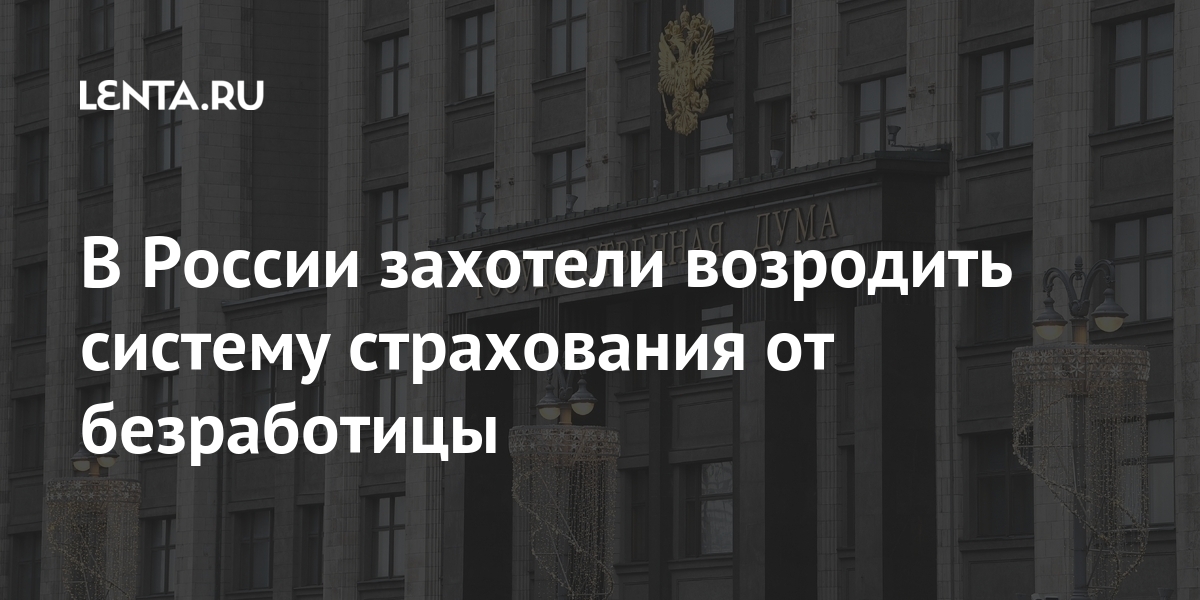 In Russia, they wanted to revive the unemployment insurance system, the State Duma deputies plan to discuss this possibility in the fall. The first deputy chairman of the Duma committee on labor and social policy Mikhail Tarasenko told about this, writes “Parlamentskaya Gazeta”.

This is a mechanism that existed in Russia in 1991-2001, when the employer deducted two percent of the workers’ wages fund to a special employment fund. An unemployed person in the first three months received an allowance in the amount of 75 percent of the average earnings, then 60 and 40 percent. However, in 2001, the Employment Fund was liquidated, and benefits began to be financed directly from the budget.

According to Tarasenko, the revival of this system in the country is long overdue. “It works all over the world, and this is an effective way that helps to overcome the crisis,” the parliamentarian said. At the same time, he believes that the new convocation of the State Duma will have to deal with work in this direction, which is a new stage in improving legislation in the field of employment.

In January, Russian President Vladimir Putin ordered to restore the labor market by the end of the year. Then he noted that in the past few months there has been a tendency towards a decrease in unemployment, but its level is still high. As noted in the Ministry of Labor, the number of unemployed began to decline in the fall of last year. The employment situation in the regions improved by additional measures of state support at the federal level, including retraining of citizens and subsidies to employers.

What to do when you meet a wolf