Russia urged to negotiate with the Taliban and help refugees 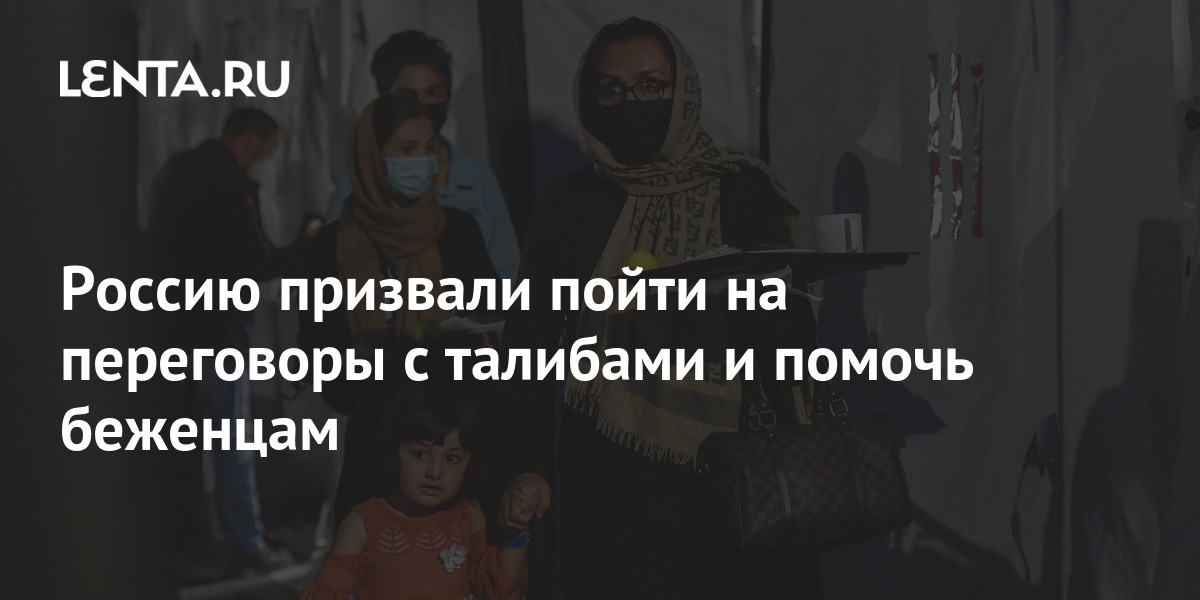 Russia is not yet ready to provide asylum to all Afghan refugees, but it should be ready to consider accepting those with Russian citizenship, as well as their families and friends. There may be more than 10 thousand such people, but the country must do it in order to protect people. This opinion was expressed by political scientist Sergei Markov in a conversation with Lenta.ru.

The political scientist stressed that the Americans did not leave the Afghan citizens who collaborated with them, no one made such a decision. The military actually fled the country, and so rapidly that there was no time to take the people.

“But in recent days there has been a heated discussion of this tragedy,” said Markov. – Especially after there were footage of Afghans clinging to the landing gear of aircraft. All these are horrendous events as a result of which, probably at an online meeting dedicated to the problem, a decision will be made on consolidated actions to evacuate the maximum number of people. Now an order is being made according to which country will receive how many refugees, they say that there will be about one million of them. And this is absolutely correct. “

The political scientist explained that an air bridge would likely be created through which all residents who collaborated with the Americans, their family members, and, if possible, all those who wanted to flee the country would be taken out. He added that Russia should support these actions and help in their implementation. According to Markov, there is no place for petty revenge on the Afghans who sided with the United States – it is necessary to conduct a dialogue with the leaders of the Taliban (terrorist organization, banned in Russia).

“Our country is not quite ready to accept all Afghan refugees, but it is necessary to consider the possibility of accepting those who have Russian citizenship, as well as their families and friends,” Markov said. – There are, I think, more than 10 thousand people. This is the type of people who collaborated with the Soviet troops back in the 70s and 80s, the children of party workers. They fled from Afghanistan as the Soviet Union left, and received education from us. And it may seem surprising, but, in my experience, it was the least criminalized community in the USSR and the most educated. “

The interlocutor of “Lenta.ru” explained that when the Americans came to Afghanistan, jobs appeared in the country and many citizens of the country decided to return to their homeland. Moreover, there they were offered good, highly paid positions corresponding to their education and skills.

“Of course, they were not allowed to political positions, which, in my opinion, was a mistake, but they were given access to the technocratic sphere. People became engineers, doctors. They did a good job, but now they are forced to flee the country again, and we are obliged to take them out, ”Markov emphasized.

On August 15, the Taliban entered Kabul and declared full control over the territory of Afghanistan. They assured that they would soon approve the Islamic Emirate on Afghan territory and proclaim the rule of Sharia law. Interim management of the country was taken over by a transitional council, which will have to ensure the transfer of leadership to the Taliban.