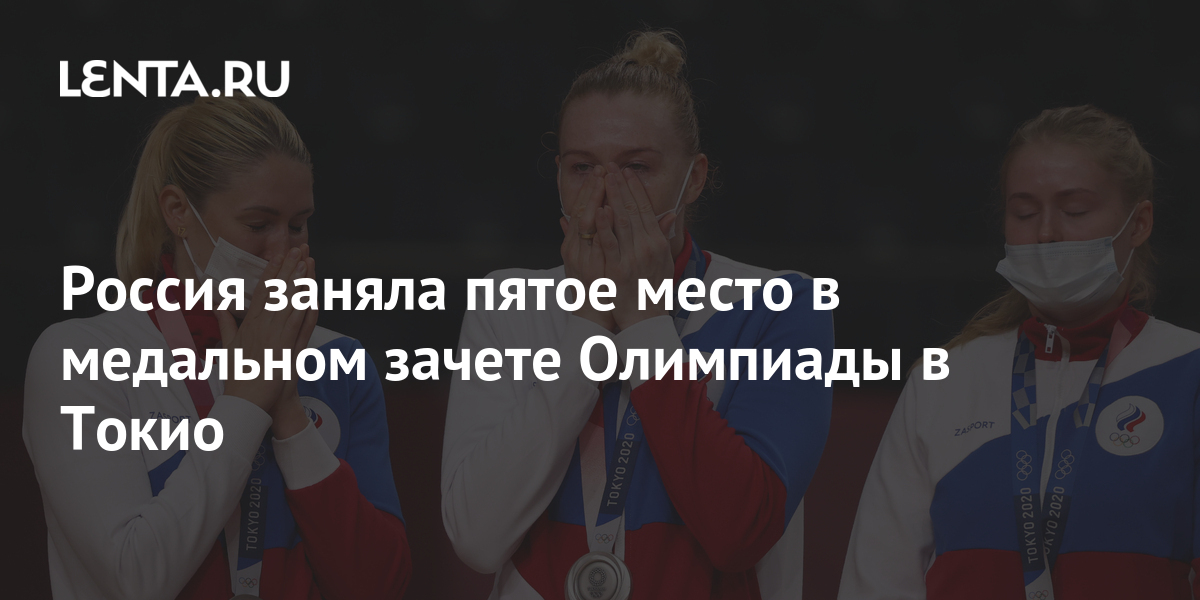 The Russian national team at the Summer Olympics in Tokyo took the lowest place in the medal standings since 1912. The correspondent of “Lenta.ru” informs about it.

Russian athletes with 71 medals (20 gold, 28 silver and 23 bronze) finished in fifth place. Earlier in the history of Russia, the team never fell below the fourth line. At the same time, in terms of the total number of medals, the Russian team became the third.

In the period from 1952 to 1992, the national teams of the USSR and the United Team of the former Soviet republics never finished the Summer Games below the second line. The worst result is the result of the team of the Russian Empire, which took part in the Olympics three times. In 1900, the team took 12th place in the overall standings, in 1908 it finished in the same position, and four years later it was in 16th place.

The US team won the medal standings of the Tokyo Games with 39 gold medals. The second place was taken by the Chinese, who won one less award of the highest dignity.