Russia strengthens its ties with Myanmar and reiterates its support for Venezuela, Cuba and Nicaragua 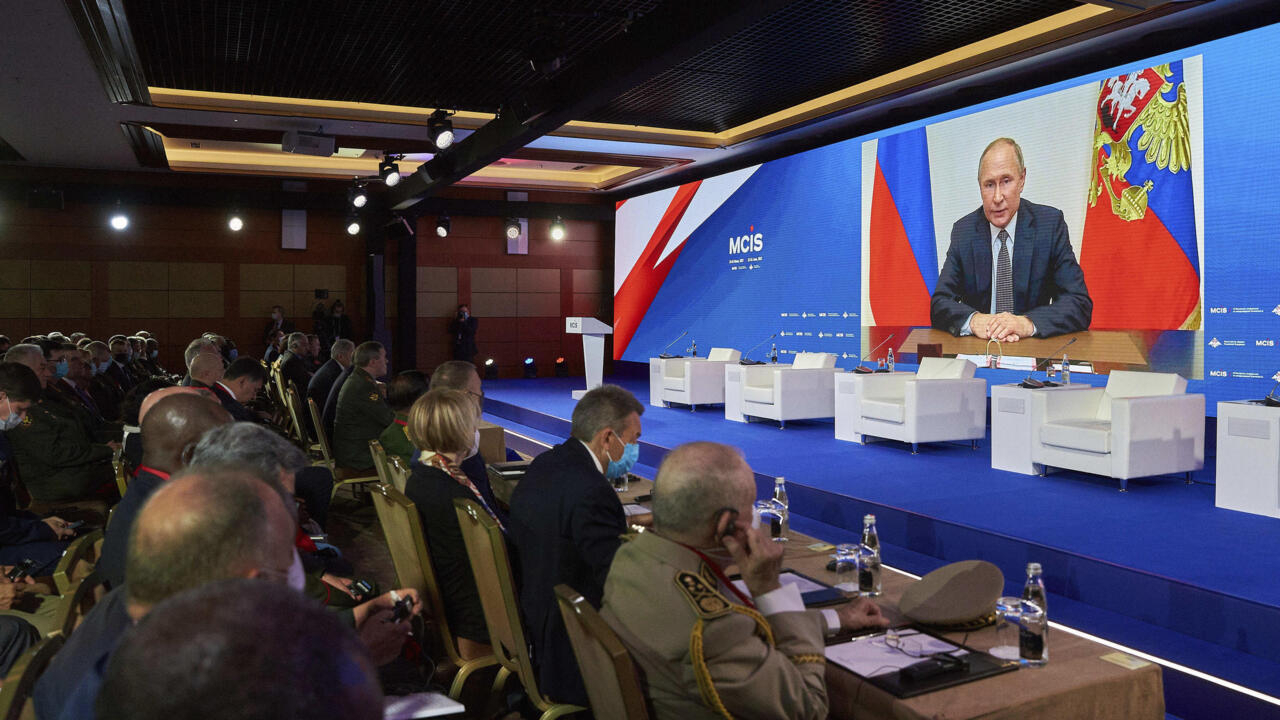 This Wednesday the ninth International Security Conference began in Moscow, organized by the Russian Defense Minister and attended by about 50 international politicians. During the first day of the meeting, Moscow showed its defense and security support to its allies, including Myanmar, Venezuela and China.

Russia reaffirmed its support for governments related to the Kremlin in the framework of the IX Conference on International Security, held in Moscow between Wednesday 23 and Thursday 24 June. Among the topics of the meeting, organized by the Russian Defense Ministry, political leaders and defense ministers from some 50 nations meet in the Russian capital to discuss military challenges, cybersecurity and challenges to global security.

“We believe that it is necessary to broaden the negotiations to harmonize international legal standards in the field of information security under the auspices of the UN. We are open to dialogue with all partners interested in creating a safe cyberspace, ”said the director of the Russian Federal Security Service, Alexander Bortnikov.

On the first day of the conference, the Chief of Staff of the Russian Armed Forces stressed that its nuclear policy is “exclusively defensive in nature” and that Russia reserves “the right to use nuclear weapons in response” to the use of this type of weapon. weapons or other weapons of mass destruction “against itself or its allies.”

Among the participants there were great allies and related to the Vladimir Putin government such as Iran, China, Myanmar or Belarus. This Wednesday, he highlighted the participation in the meeting of the head of Myanmar’s coup military junta, General Min Aung Hlaing. Since the coup that he led four months ago, there have been close to a thousand deaths, hundreds of disappeared and detained, including Burmese leader Aung Sang Suu Kyi.

Moscow and Naypyidaw maintain a close relationship, especially in arms matters. Russia is one of the largest suppliers of weapons to the Burmese Army, which since the seizure of power have been used to repress and silence protesters against the military junta.

“Restoring the integrity of democracy”, the Burmese military junta after the coup in the country

In his speech, Min Aung Hlaing argued that the military coup was in response to an effort to “achieve political stability” and thus take measures to “restore the integrity of democracy.”

The Burmese general, denounced by the international community for the repression that has taken place during the protests in Myanmar, criticized how some nations try to influence political systems and ideologies in various ways. “They also want to interfere in the internal affairs of sovereign states under the pretext of democracy and human rights. In these times, it is vital that we go against domination and stalkers and try to do justice, “he said.

For his part, the Russian Defense Minister, Sergei Shoigú, made a commitment with the Burmese general to strengthen military ties with his country. Russia is one of the nations that has legitimized the coup d’état of February 1, continuing with bilateral visits and arms agreements with its partner, despite the fact that a week ago the United Nations issued a non-binding resolution condemning and calling for a arms embargo.

Already last Monday, both nations declared their intention to strengthen their bilateral cooperation in a meeting between Aung Hlaing and the Secretary of the Security Council, Russian Nikolai Patrushev. “The purpose of continuing to strengthen bilateral cooperation between the Russian Federation and the Republic of the Union of Myanmar in various fields has been reaffirmed,” the joint statement read.

Russia reaffirms its support for Nicaragua, Cuba and Venezuela against external “threats”

As for the Latin American region, Moscow declared its support “now more than ever” to face threats against Kremlin partner countries. The Russian Defense Minister told state television that Nicaragua, Venezuela and Cuba – Moscow’s main allies in the region – “have been resisting various forms of pressure, even the threat of the open use of military force for many years. The support of Russia is required now more than ever ”.

Shoigú assured that support is necessary in Latin America in those countries “where there is a threat of terrorism and color revolutions that demand the support of Russia,” especially in countries that, according to the Kremlin, are forced to equip their armed forces given they “face different forms of pressure” from other nations.

In reference to Venezuela, the Russian Foreign Minister, Sergey Lavrov, received his Venezuelan counterpart Jorge Arreaza in Moscow last Tuesday, where they vindicated the ties that unite them and the Russian conveyed his continuous support to the Government of Nicolás Maduro in “its course independent in national and foreign policy ”.

“Venezuela is the first state in the Western Hemisphere to register the Russian Sputnik V vaccine, carry out tests and organize regular shipments of the drug,” said the Russian minister in relation to the vaccination campaign against the coronavirus in Venezuela.

“We continue negotiations on the supply of new batches of this or that type of weapons, in accordance with the wishes that our Venezuelan friends convey to us based on their assessment of the needs of the Armed Forces and the security forces,” he added.

Since the time of Hugo Chávez, and now with Maduro, Moscow has been one of the great political and commercial allies of Venezuela. For this reason, Lavrov also appealed to Washington and its sanctions imposed on Caracas and other Latin American nations: “perhaps it is time for Washington to realize that deals with other countries, including those in Latin America and the Caribbean, must be based on equity, equality and mutual respect ”.