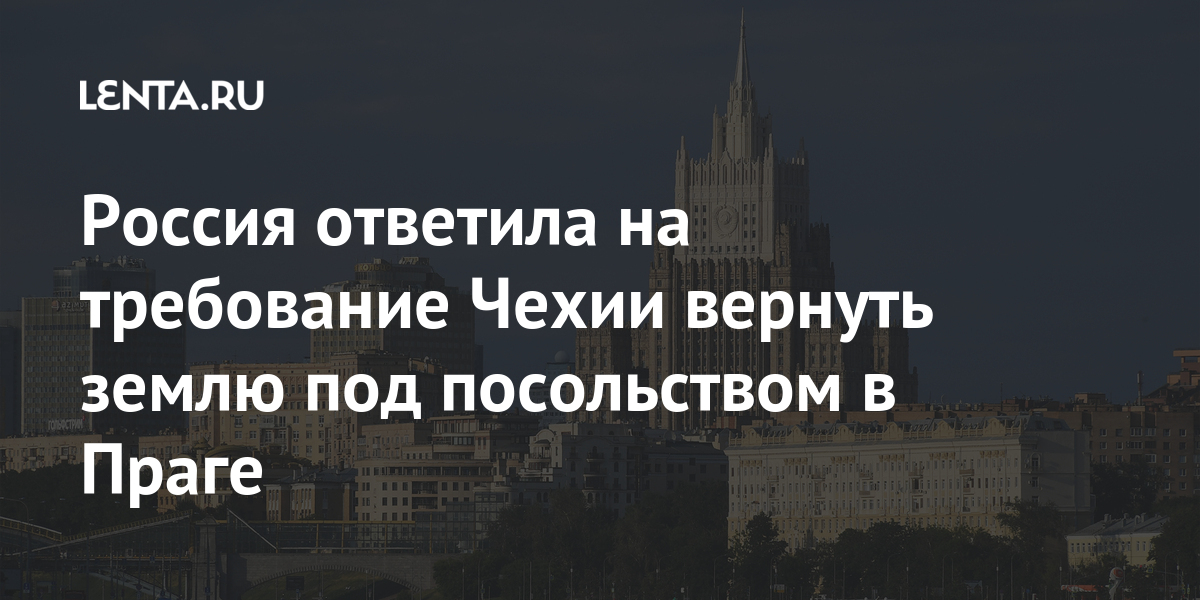 The plots of the Russian Embassy in the Czech Republic were allocated by the USSR in the early 1970s on the basis of the existing Soviet-Czechoslovak agreements. So to the demand of the Czech authorities to return the land under the diplomatic mission in Prague, the Russian Foreign Ministry responded in its Telegram-channel.

“Previously, if the Czech or Russian side had questions in the real estate sector, including the use of land plots, the mechanism of appropriate expert consultations was used. We have the tools for a professional and competent dialogue, ”the department noted.

They also recalled the “considerable” real estate in the Czech Republic in the area of ​​Tverskaya Street in Moscow.

Earlier on April 19, the headman of the Prague-7 district Jan Chyzhinsky demanded that Russia return the territory where the Russian embassy in the Czech Republic is currently located. In his opinion, “in 53 years, the occupation of a part of Stromovka by the Russian Federation should finally end.”

According to Czech media reports, Stromovka Park in Prague in 1968 was occupied by Warsaw Pact troops, who set up camp there. Later, part of the park was occupied by the embassy of the USSR, and this territory did not return to the use of the city after the departure of Soviet troops from the Czech Republic in 1990-1991.

On April 18, Moscow declared 20 employees of the Czech Embassy persona non grata. This decision was a response to the expulsion of 18 Russian diplomats from the Czech Republic a day earlier. They are suspected of working for the Russian special services, which Prague considers to be involved in the explosions in Vrbetica in 2014. In addition, the Czech Republic put the Russians Alexander Petrov and Ruslan Boshirov on the wanted list: they were allegedly at the site of an explosion at a warehouse in Vrbetica in October 2014.

Annalena Baerbock: who is the environmental leader likely to succeed Angela Merkel in Germany?

The EU rearms to survive