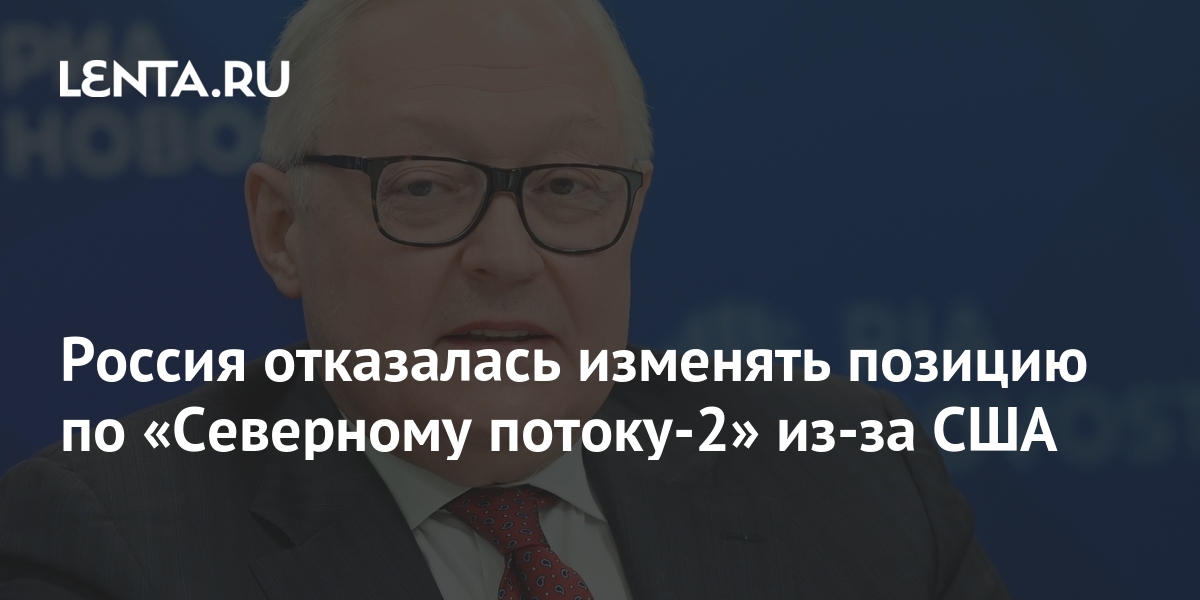 US statements on reimbursing Kiev for possible transit losses due to Nord Stream 2 will not change Moscow’s position on this project. This was stated by RIA News Deputy Foreign Minister of Russia Sergei Ryabkov.

“I am not surprised at anything, but I am simply amazed at how much our American colleagues have already dropped out of the standard context of doing business,” Ryabkov said. He noted that the United States hears only itself and only those who “assent or somehow play in their orchestra.”

Therefore, the Foreign Ministry spokesman said, the US reasoning about compensating Ukraine for losses does not in any way change Russia’s position or affect it. “They only strengthen us that we are on the right course – Nord Stream 2 will be built!” He said.

Ryabkov also expressed confidence that over time, even the United States will realize that “those who ensured Europe’s energy security for decades to come were right.”

Earlier, United States Secretary of State Anthony Blinken said that the US authorities have come to terms with the fact that the completion of the Nord Stream 2 gas pipeline is a reality, and want to find a way to help Ukraine and other countries affected by the project. Blinken noted that the worst scenario is the transformation of the pipeline and the sanctions against it into an “apple of discord” with one of the closest allies of the United States, Germany.

Initially, the Nord Stream 2 gas pipeline was planned to be commissioned in 2019. However, due to restrictions imposed by the United States, construction participants began to withdraw from the project.