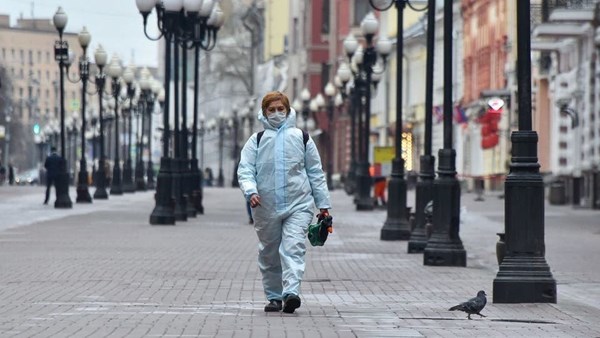 Today, Sunday, the Russian health authorities announced that 491 deaths and 21,127 new cases of coronavirus were recorded in the country during the past twenty-four hours.
“RT Al-Arabiya” website quoted the operations center for combating the spread of the Coronavirus that the total deaths thus rose to 69,462 cases.
The total confirmed cases of Corona in the country also increased to 3 million and 719400 injuries.
Yesterday, 22445 of the injured recovered, bringing the total of those recovering to three million and 131,760 cases.
According to data collected by Johns Hopkins University, Russia ranks fourth in the world in terms of the number of corona infections, after the United States, India and Brazil.
In recent weeks, Russia has recorded a gradual decline in the pace of the Corona outbreak, against the backdrop of the continuation of the large-scale free vaccination campaign that was launched last December.