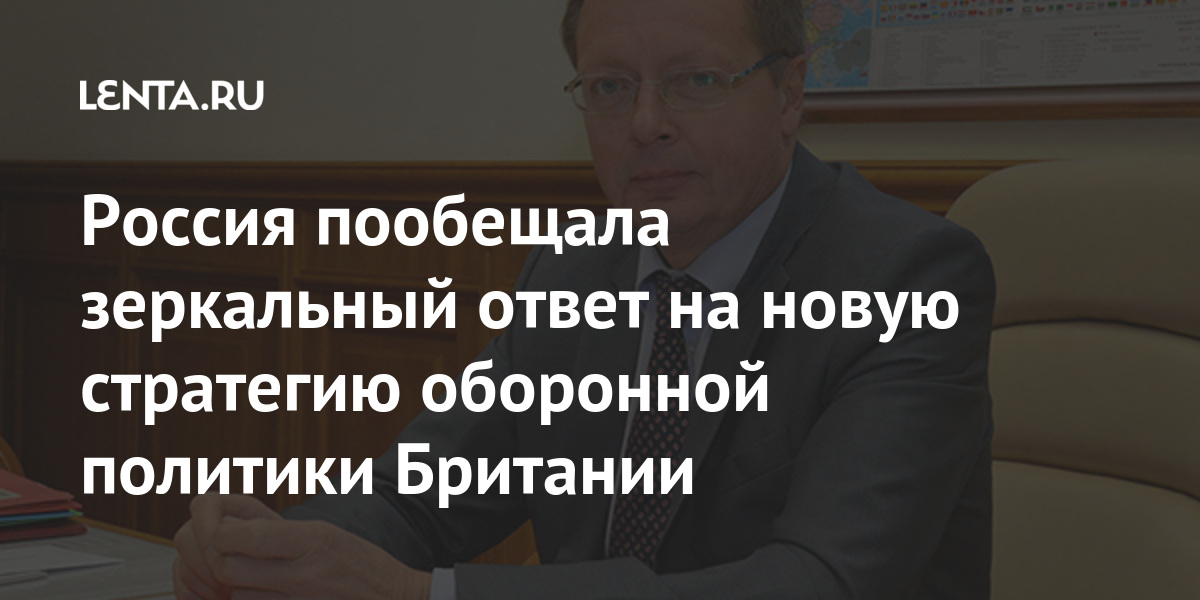 Russian Ambassador Andrei Kelin said that Moscow views the new strategy of defense and foreign policy of Great Britain as a toughening of London’s course towards the Russian side. It is reported by Interfax…

According to him, the British national security strategy published in 2015 with regard to Russia used language that referred to its “aggressive behavior, but at the same time the need for cooperation, the need to interact on global issues.” “A cursory reading of this document shows that there are about 13 references to Russia in various combinations, formulations, but everywhere it is tied to the word threat, there is no mention of dialogue,” the Russian ambassador said.

Kelin added that Moscow will prepare a mirror response. “One way or another, we will build our line of relations with Britain, <...> in full accordance with how she will behave towards us, ”he said.

On March 14, The Sunday Times, citing a comprehensive review of security, defense and foreign policy issues to be presented by Prime Minister Boris Johnson, reported that Great Britain would call Russia “the number one threat” next week. According to journalists, we are talking about “frequent aggressive incursions” of Russia into the water and airspace of Great Britain.

Meanwhile, a day later, NATO Secretary General Jens Stoltenberg said he saw no direct threat from Russia. He added that it is worth to thank the member countries of the alliance for this.