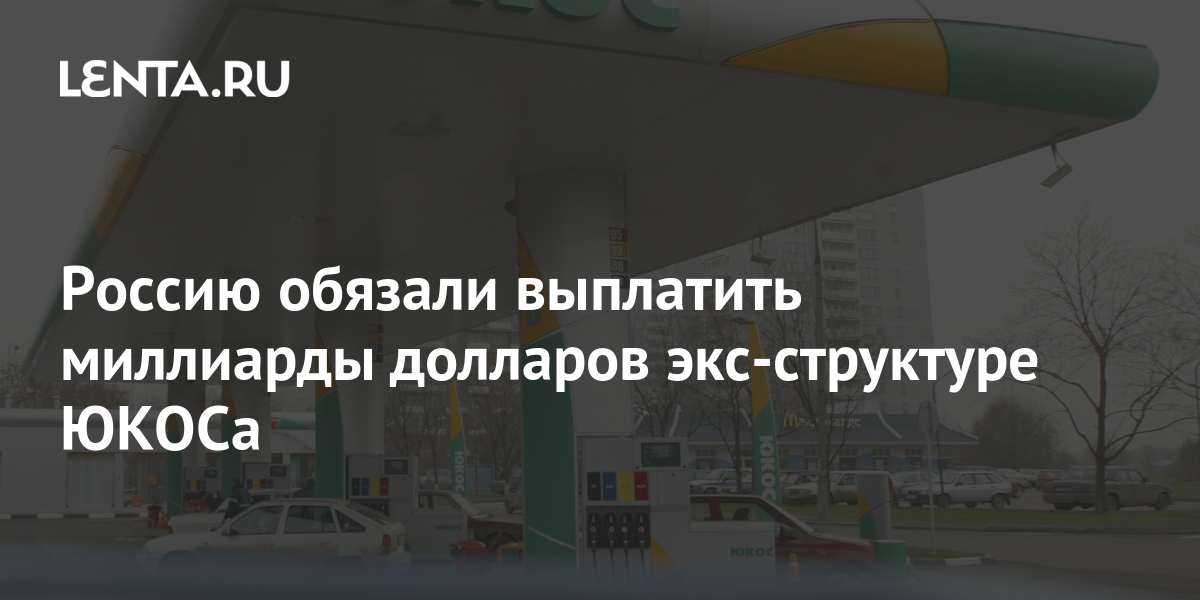 The ex-structure of the Yukos group Yukos Capital Sarl said that the international arbitration court ordered the Russian Federation to pay compensation to it in five billion dollars. About it reported profile edition of the Global Arbitration Review.

The arbitration ruled that “Russia illegally expropriated the loans that Yukos Capital issued to its former parent company, and did not allow justice in this case in the Russian courts”, writes RBC with reference to the message from Yukos. The basis for considering the dispute was the Energy Charter Treaty.

The company began arbitration proceedings against Russia in 2013, seeking compensation from the country for $ 13 billion. Yukos Capital Sarl said it provided billions of dollars in loans to Yukos, which were not returned due to the liquidation of the company by decisions of the Russian authorities.

In December last year, the Russian Constitutional Court (CC) allowed former Yukos shareholders not to pay $ 57 billion by the decision of the Hague Court of Appeal. The Russian side is ready for a lengthy trial.

The Ministry of Justice said that the plaintiffs had repeatedly committed financial crimes at home: they did not pay taxes and illegally withdrawn capital, and therefore cannot be considered bona fide investors.