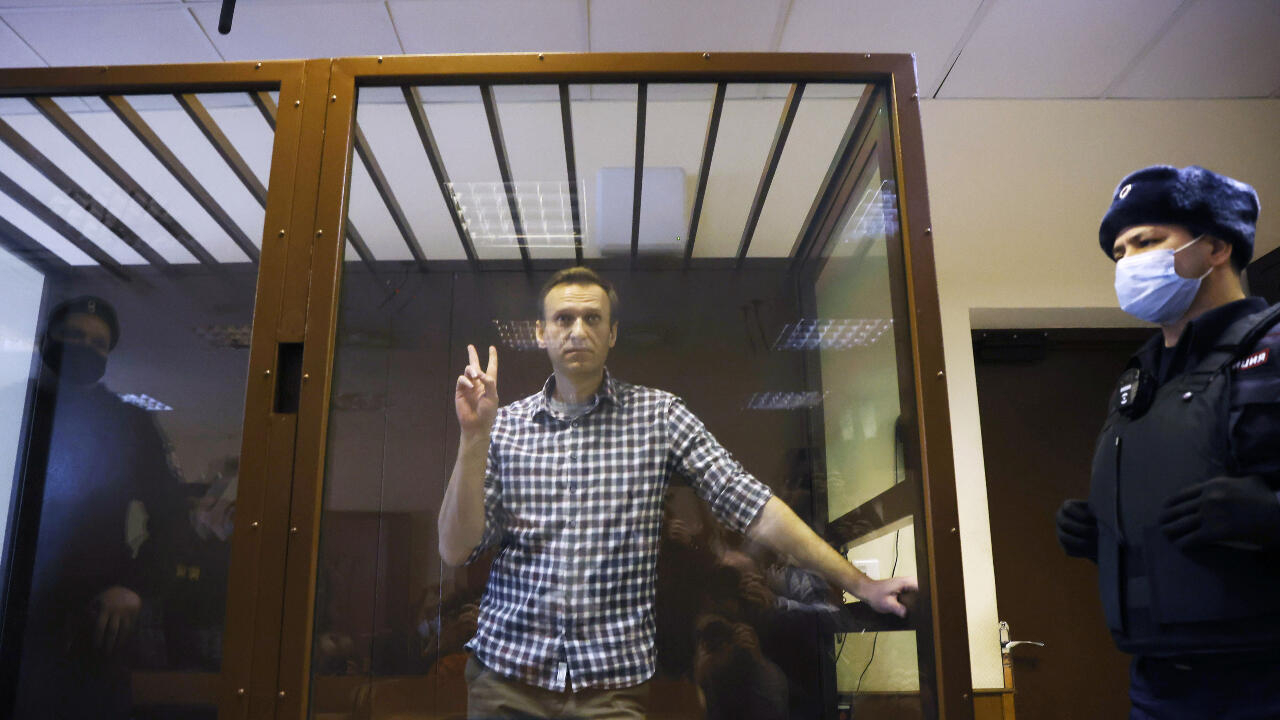 The Kremlin says it has no information on the health status of Navalny, who has been on a hunger strike for 20 days, adding that the protests called by him are illegal.

The Russian prison authority reported this Monday, April 19, that the Kremlin critic would be taken to a hospital – regional prison, although it did not specify details of the transfer. Alexei Navalny’s allies say they have not had access to him in the last week and are not expecting positive data on his health. The Russian opponent has been on a hunger strike for 20 days because he alleges that he has not received adequate care due to discomfort in his leg and back.

Navalny was arrested in January after five months in Germany, where he recovered from a poisoning for which the West blames Russia. The opponent collapsed on a flight in Siberia in mid-August 2020 and after two days of uncertainty, he was transferred to Berlin in an emergency plane. Days later it was determined that he had received a dose of a nerve agent used in the Soviet era. The Kremlin denies any responsibility and says it has no proof that the opponent has been poisoned. According to authorities, Navalny was arrested for violating the terms of a suspended sentence and was convicted in February of embezzlement.

The Russian prison service announced the transfer of the opponent and said that his condition is “satisfactory”. In addition, the doctors noted that Navalny was receiving “vitamin therapy” with his consent.

Ivan Zhdanov, director of the Anti-Corruption Foundation founded by Navalny, said it was “a transfer to the same torture colony, only with a larger hospital, where they take seriously ill people.”

According to Zhdanov, “This can only be understood to mean that Navalny’s condition has worsened, and it has worsened to a level that even the torturer admits,” he said on Twitter.


Alexei Lipster, one of Navalny’s lawyers, said he had arrived at the institution where his client had been transferred. “They are not refusing to let me see it, but I have not yet been able to enter. I’m waiting, ”the opposition representative told Reuters.

Amid the uncertainty about the opponent’s health, his followers are calling for demonstrations to demand adequate medical care. Since Navalny’s return to the country in January, Russian law enforcement agencies have kept these types of protests out of the way, which they consider illegal. On Monday, the police insisted that people should not attend these illegal calls.

“I think there is no hope that we are going to receive good news today about his state of health,” Lyubov Sobol, an ally of Navalny, told a radio station, “I think his condition is actually very close to critical, close to being. very serious”.

Without giving details on specific sanctions, the United States has warned about the “consequences” that Russia would face if Navalny dies in prison. Meanwhile, the foreign ministers of the European Union are evaluating the case this Monday. The Kremlin, for its part, said that Russia would retaliate against any sanction and rejected the pronouncements of foreign countries on the case. “The state of health of those convicts and prisoners in Russian territory could not and should not be a matter of their interest,” said Kremlin spokesman Dmitry Peskov.

The Burgos, the 'locomotive' greased by Michu for the ascent

Putin recalled the traditionally high interest in judo in Russia

Russian summer residents warned about fines for dandelion and chamomile