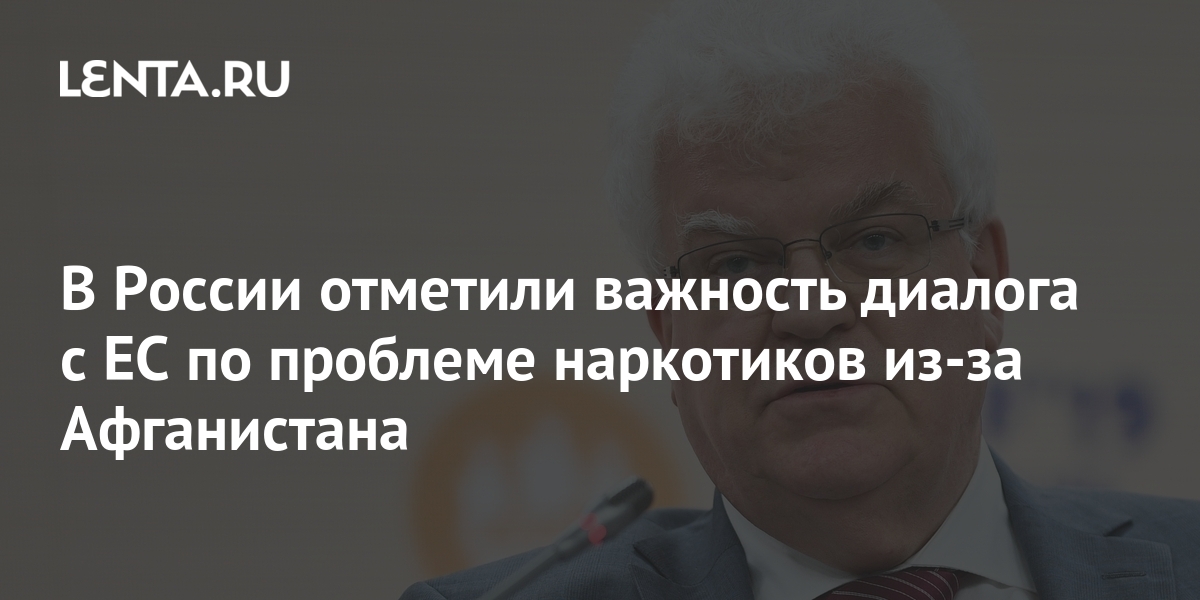 Permanent Representative of Russia to the European Union Vladimir Chizhov on the air of the Russia-24 TV channel noted the importance of a dialogue with the EU on the problem of countering the spread of drugs due to the situation in Afghanistan. His words lead TASS…

“In the current situation, the demand for our dialogue with Europe on drug issues is growing many times over,” the diplomat emphasized.

Chizhov expressed the hope that the European Union will consider what is happening in Afghanistan as an additional incentive to strengthen interaction with Russia.

The Permanent Representative of Russia also noted that the statement by the head of European diplomacy, Josep Borrell, on the need to prevent the strengthening of the positions of Russia and China in Afghanistan after the withdrawal of NATO is erroneous, probably due to the specifics of his ideas. He concluded that looking at the situation from a geopolitical point of view “often leads to distorted conclusions.”

On August 19, Josep Borrell said that the EU cannot allow Russia and China to increase their influence in Afghanistan. The diplomat also called the fall of the Afghan government and the victory of the Taliban (terrorist movement banned in Russia) “A disaster and a nightmare.”

His words were commented on by the Deputy Head of the Ministry of Foreign Affairs of Russia Alexander Grushko. He noted that there is no realism in the EU in assessing the current events. Foreign Minister Sergei Lavrov expressed bewilderment that after the withdrawal of Western countries’ troops from Afghanistan, these countries continue to view Kabul as an object of their own policy.