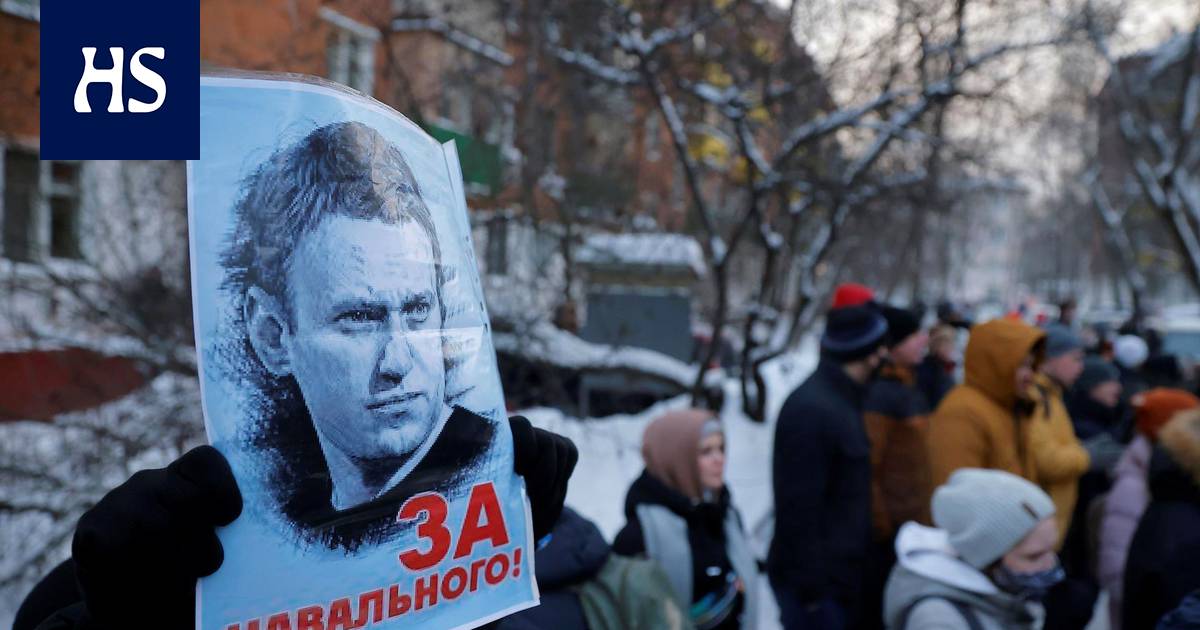 The Navalny Foundation’s video of a billion-dollar palace on the shores of the Black Sea is now his most watched Youtube video. The Kremlin has denied that the palace belongs to Putin.

The Russians prosecutors warned an opposition politician on Thursday Alexei Navalnyin supporters demanding protests after the Navalny Foundation’s revelation video of “Putin’s Palace” had sparked a spirit of protest online.

The news agencies AFP and Reuters report on the matter.

Released on Tuesday two-hour video report is now the most watched Youtube video in Navalny. By Thursday afternoon, the video had already been viewed more than 42 million times.

The video tells the story of a palace on the shores of the Black Sea that is allegedly being built by the president To Vladimir Putin. The total price of the palace is estimated in the document at one hundred billion rubles, or just under 1.2 billion euros.

According to the document, funds for the construction of the palace have been raised by transferring shares of the funds raised to the hospital equipment company to tax havens.

The Kremlin has denied that the palace belongs to Putin.

Read more: The Navalny Foundation released a video of a billion-dollar palace to be built for Putin on the Black Sea

Video in this context, citizens are urged to join large-scale anti-Kremlin demonstrations this weekend.

After the video was released, Navalny supporters have expressed their support for him on social media and released videos urging people to take to the streets on Saturday.

Russian prosecutors warned on Thursday that people should not take part in “illegal mass protests”.

“Law enforcement agencies have been instructed to take preventive measures and, if necessary, initiate administrative action against offenders,” the prosecutor’s office said in a statement, according to AFP.

The Moscow Times according to, the minor children have, among other things, filmed Tiktok videos in which they prepare for the protests planned for Saturday by packing and dressing. Some of the children also take portraits of Putin down from school walls and replace them with pictures of Navalny.

Roskomnadzor, Russia’s censorship authority for online communications, urged users of the Tiktok application and VKontakte to stop disseminating “illegal information about the illegal activities of minors”.

VKontakte is practically a social media service similar to Facebook in Russia.

Navalnyi has published a series of reports on the wealth of Putin ‘s allies in recent years. The previous viewer record is for the one released in March 2017 There is a dim neon with a video about the then prime minister Dmitry Medvedev property.

The Medvedev video garnered seven million views during the first week of performance in 2017. The court has ordered Navalny to remove the video from Youtube, but there it still is. By Thursday, it had been viewed 38.5 million times.

However, according to news agency AFP, Tuesday’s video report on Putin’s palace was the first in which major revelations were made against the president himself.

Video has been produced by the Navalny Anti-Corruption Foundation FBK and has been in preparation for a long time. Navalnyi has made plots for his documentary in Germany.

The information in the document is based in part on a St. Petersburg businessman who fled Russia Sergei Kolesnikov revelations, and he is also interviewed in the documentary. Kolesnikov gave the first information about the project ten years ago when Putin was the prime minister of Russia.

According to the documentary, the project, which began in 2005, has involved Putin’s closest circle of comrades. The main person in charge of the project has been Putin’s business partner Nikolai Shamalov, whose son Kirill was previously married to Putin’s daughter Katerinan with.

I was the most spokesman Kira Jarmysh told the news agency AFP on Thursday that after a video of Putin ‘s palace, the Navalny team has received donations of 10 million rubles, or about 112,000 euros, from its supporters.

August recovered from novitok poisoning Alexei Navalnyi returned from Germany to Russia on Sunday. He was arrested immediately at the airport because Russian authorities believe he has violated the terms of his conditional sentence.

Navalnyi was sentenced on Monday to 30 days in prison in a trial held at a police station in the Moscow suburb of Khimki.

In addition, Navalnyi is accused of insulting the honor of a war veteran. Navalny allegedly criticized a veteran who appeared in a video promoting the constitutional amendment last summer. Under the new constitution, Putin can remain in power until 2036.

The investigation into the case began last summer, but was therefore suspended while Navalnyi was being treated at a hospital in Germany.

Navalny is scheduled to appear in court again in February.

Stock Exchange | The financial supervisor sees features of stock market manipulation in the wild stock rally of recent days, but the Stock Exchange Foundation says what is happening tells about a new democracy in investing