Russia named the main mistakes of the United States in Afghanistan 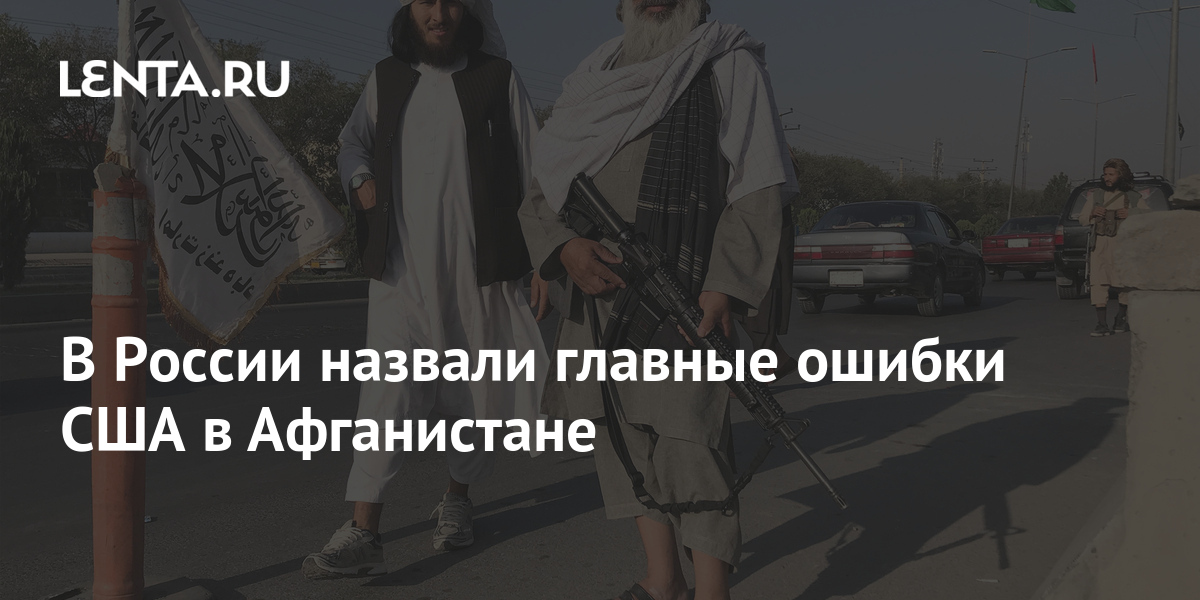 During the Afghan campaign, the United States made a number of mistakes – from the moment the troops were deployed to the moment when the American contingent left Afghanistan. Russian military and politicians told about this to Lente.ru – former vice-president of the country and Hero of the Soviet Union who fought in Afghanistan, Alexander Rutskoi, who led the withdrawal of troops from Germany, Colonel-General Anton Terentyev, and also member of the Federation Council Vladimir Dzhabarov, who predicted a quick surrender Kabul to the Taliban (a terrorist organization banned in Russia).

According to Alexander Rutskoi, the operation of the American military was poorly planned and did not have a clear goal.

When decisions of this kind are made, the purpose and the course of action are clearly and clearly defined. Which, in fact, was not done by the Americans. Therefore, now we are seeing, in fact, their shameful flight – not the withdrawal of troops, but precisely the flight from Afghanistan.

He noted that at the moment when the United States was about to send troops into the country, he warned American representatives that they were making a mistake. Their conversation took place on the air of one of the central German channels.

At the same time, the former vice-president of the country noted that the situation in Afghanistan could bring problems to the Russian side as well.

Senator Vladimir Dzhabarov also said that the United States largely repeated the mistake of Great Britain and the USSR, which tried to “suppress” Afghanistan. He, like Rutskoi, does not understand what exactly the American military was doing.

Do you remember what their operation in Afghanistan ultimately boiled down to? The troops guarded themselves. They were afraid to go beyond the fences of their garrisons, because the Taliban guerrillas practically caught and destroyed them. So they were doomed.

Moreover, it is generally not clear what the Americans were doing there. They said they wanted to destroy al-Qaeda, ISIS. But their main forces were not there. After the well-known terrorist attacks in New York, it was proved that not a single Afghan citizen, not a single Taliban representative was among their organizers. Therefore, I think that the Americans have repeated the mistakes of their predecessors, especially Great Britain, which tried to suppress Afghanistan. And the Soviet Union made a mistake

First Deputy Head of the International Committee of the Federation Council

The difference between the withdrawal of Soviet and US troops from Afghanistan, according to Dzhabarov, is that the Soviet contingent left behind factories, schools and kindergartens, and American servicemen flew away, leaving people to fend for themselves.

“When we left, the Afghans did not harbor a grudge against us,” the senator is sure. – And the subsequent period showed that they still treat us well on the whole. And the Americans, it seems to me, do not put a good memory of themselves. Take even the latest events – the evacuation by air from the Kabul airport. Didn’t the pilot see people sitting on his fairings? Of course he saw everything. Why did he raise the plane, if he understood that these people would die? “

Talking about why the Taliban captured Kabul so easily, Jabarov noted that other cities in Afghanistan also surrendered almost without a fight, “raising their paws.” This could mean that the Taliban are popular in the country.

“Afghan society needs the Taliban now more than anyone else, since they are so calmly perceived and do not resist. This means that the Taliban meet the aspirations of the people, ”concluded a member of the Federation Council.

According to Colonel-General Anton Terentyev, who was withdrawing Soviet troops from Germany, the main mistake of the United States in the withdrawal of the contingent was precisely the fact that they abandoned those who helped them in the country.

They are [США] would have gone anyway. But how were they supposed to leave? Well, at least take everyone who collaborated with them so that they don’t hang on the wheels of the planes. Only then could they count on not losing respect in the world. And them [сотрудничающих с США афганцев] – forward yourself! First them, then themselves

Colonel General, in 1993-1994 – Chief of Staff, First Deputy Commander of the Western Group of Forces of the USSR

Terentyev is also of the opinion that the values ​​of the group that came to power for the people of Afghanistan turned out to be closer than the values ​​with which US forces arrived in the country.

“After all, the Taliban are closer to the local people than the Americans,” he said.

On August 15, it became known that the Taliban completely took control of the territory of Afghanistan, including the capital of the state, Kabul. President Ashraf Ghani left the country. The leadership is exercised by an interim council, which will have to transfer power to the Taliban.