Russia marks the end of the International Space Station 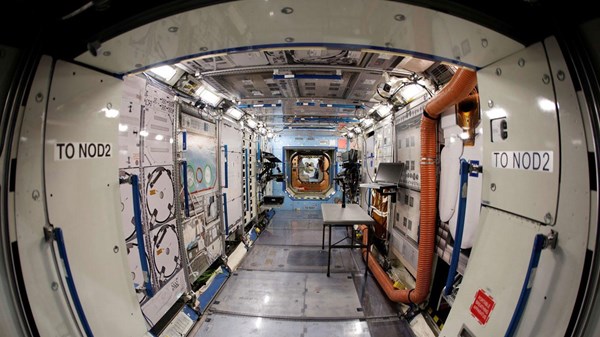 A Russian official said the end of the more than 20-year-old International Space Station could be in a few years, as humanity’s home in space shows signs of aging.
The Russian state news agency “TASS” reported that the Russian space agency “Roskosmos” said today, Sunday, that a decision will be taken after 2024 based on the technical condition of the station.
The current agreement between the international partners, namely the United States, Russia, Europe, Japan and Canada, provides for the continuation of work during the next three years.
Deputy Prime Minister Yuri Borisov told state television that Russia could withdraw in 2025. “As soon as it is fair, it is fair to warn them (partners) at the appropriate time,” said Deputy Prime Minister Yuri Borisov on state television.
He added that there are increasing reports of technical malfunctions. Recently, the International Space Station made headlines due to the air leak.
At the beginning of last March, Yury Gidzenko, vice president of the Russian space company “RKK Energy”, said that the International Space Station should remain in space until at least 2028, adding that this decision was taken at “the highest levels.”
Russia wants to build a new space station. However, no formal decision has yet been taken.
As in Moscow, there have been discussions in Washington over the fate of the space station with competing funding priorities and shifting goals for US space exploration.

54 maid violators arrested in Dubai since the beginning of Ramadan