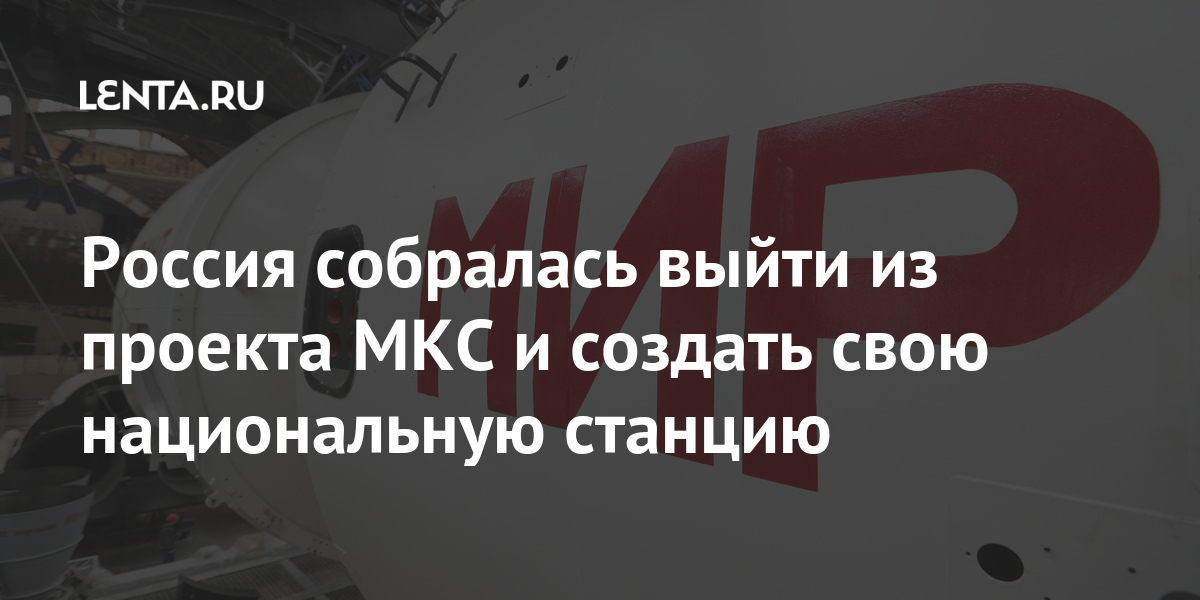 Russia in 2025 will withdraw from the International Space Station (ISS) project and begin to create a new national orbital station. About this on the air of the TV channel “Russia 1” said Deputy Prime Minister Yuri Borisov, reports RIA News Sunday, April 18th.

It is noted that this decision was made on April 12 at a meeting with President Vladimir Putin.

At the same time, the press service of Roscosmos said that the ISS modules have exhausted their resource, the International Space Station will operate until 2024. The state corporation noted that the prospects for international cooperation in this area should be the subject of negotiations.

“When will we make a decision [о планах по развертыванию национальной орбитальной служебной станции нового поколения], then we will start negotiations with our partners on the conditions and forms of interaction after 2024, ”the press service explained.

Earlier, Roskosmos suggested abandoning the International Space Station due to the high cost. The state corporation calculated that after 2025 an avalanche-like failure of the ISS systems will begin, as a result of which further maintenance of the station will cost 10-15 billion rubles.

The ISS has been in operation since the end of 1998, the life of the station will expire in 2024, however, an extension of the operation until 2030 is being considered.